Taxes for US Expats – What Income is Foreign Earned? 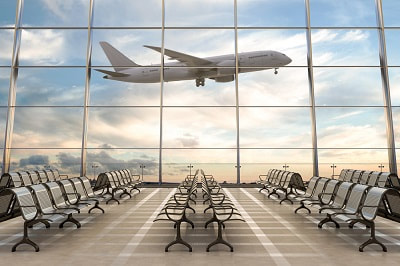 American expats are still required to file US taxes from abroad. This is because the US taxes based on citizenship, rather than on residence like most other countries.

While the tax treaties that the US has with around 100 other countries don’t alleviate expats from having to pay US taxes, the IRS has put in place some other mechanisms that do achieve this.

One of these mechanisms isn’t in fact related to double taxation, but simply allows expats to exclude the first around $100,000 of their earned income from US taxation. It is called the Foreign Earned Income Exclusion.

The Foreign Earned Income Exclusion – what are the rules?

The Foreign Earned Income Exclusion isn’t necessarily the best way for expats to avoid double taxation. Some expats may be better served by claiming the Foreign Tax Credit, which offers a $1 tax credit for every dollar of tax that they’ve already paid abroad. It depends on each expat’s circumstances, including their income level and whether and at what rates they are paying foreign taxes.

For those expats who will benefit from claiming the Foreign Earned Income Exclusion though, the first point to be aware of is that it isn’t applied automatically, so expats who don’t actively claim it will be considered by the IRS to owe back taxes, even if they’re paying foreign taxes abroad (and since FATCA, the IRS knows which expats should be filing a US tax return).

When claiming the Foreign Earned Income Exclusion on form 2555, expats must demonstrate that they are either a permanent resident in another country, or that they spent at least 330 days outside the US in the tax year (or in a 365 day period that overlaps with the tax year, for expats who moved abroad mid year).

Digital Nomads, expats who live and work outside the US without settling in one foreign country. Expats claiming the Foreign Earned Income Exclusion using the Physical Presence Test should bear in mind the 330 day rule though when planning any trips back to the States.

“If you are a U.S. citizen or a resident alien of the United States and you live abroad, you are taxed on your worldwide income. However, you may qualify to exclude from income up to an amount of your foreign earnings.”
– the IRS

What income qualifies to be excluded?

The most important points of reference when determining what income qualifies as being ‘foreign earned’ are whether it was actively (rather than passively) earned by the expat, and whether the expat was residing abroad when they earned it. As the IRS puts it, “Foreign earned income is income you receive for performing personal services in a foreign country.”

It doesn’t matter where the income is paid, whether in the US or abroad, so long as the expat was residing abroad at the time.

Furthermore, non-monetary benefits provided by an employer for professional services the expat has carried out abroad also qualify, such as the fair market value of lodging, meals, the upersonal services in a foreign country.”

Some types of income are a little more ambiguous, and sometimes qualify, depending on the circumstances. These include business profits (from sole proprietorships, partnerships, and corporations), royalties, and rents. In general, if the expat has actively earned these incomes during the tax year, they may qualify.

US expats who are behind with their US tax (and FBAR) filing because they weren’t aware that they had to file from abroad can catch up, including claiming the Foreign Earned Income Exclusion (or the Foreign Tax Credit) retrospectively, using the Streamlined Procedure IRS amnesty program without facing any penalties.

Expats in this situation are well advised to take advantage of this opportunity before the IRS writes to them though, as at that point they won’t be able to claim the Foreign Earned Income Exclusion or avoid penalties and back taxes.