Can Expats Who Haven’t Filed US Taxes Still Receive a Stimulus Payment? 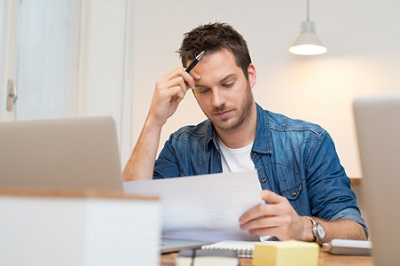 Expats were included in the provision for Americans to receive Stimulus Payments in the Coronavirus relief CARES Act that became law on March 27th.

The IRS looks at adjusted gross income as reported on expats 2019 tax return, or, if they haven’t filed for 2019 yet, their 2018 tax return.

This has two implications for expats: firstly, those who claim the Foreign Earned Exclusion can potentially earn over the above mentioned thresholds, as the exclusion reduces reported adjusted gross income; and, that expats who haven’t filed their 2018 or 2019 tax return won’t receive a Stimulus Payment.

The US taxes based on citizenship, which means that the same rules apply to all Americans, regardless of where in the world they live or where their income is earned.

This leaves many American expats in a complex situation, as they often also have to pay taxes in their country of residence, too.

They can avoid double taxation though by filing additional forms to claim either the Foreign Tax Credit or the Foreign Earned Income Exclusion when they file their US tax return.

“House Democrats want to send Americans a second round of stimulus checks worth up to $6,000 per family as part of the $3 trillion coronavirus relief package they rolled out Tuesday – the largest in history.” – CNN

Expats also have to report their foreign registered business interests, and financial assets and (bank and investment) accounts based on minimum value and balance thresholds.

Which expats are required to file?

In common with all Americans, expats whose income exceeds minimum annual amounts have to file a US tax return, reporting their worldwide income. Income earned in foreign currencies has to be converted to US dollars when reported.

Minimum reporting thresholds in 2019 were $12,200 for individuals, or just $400 of self-employment income, or just $5 for expats married filing separately from their spouse (as is the case for millions of expat married to foreigners.

Expats who have a total of over $10,000 in foreign registered bank or investment accounts, including pensions, that they have signatory authority or control over, at any time during a year, are required to report their foreign accounts by filing an FBAR (Foreign Bank Account Report).

Can expats who haven’t been filing receive a Stimulus Payment?

Many expats aren’t up to date with their US filing, often inadvertently because they weren’t aware of or didn’t understand the requirements.

These expats can still receive a Coronavirus relief Stimulus Payment if they catch up with their US filing before October 15th this year.

It’s important though that these expats seek professional advice on the best way to catch up, rather than simply filing a 2019 tax return, as doing so would leave them open to penalties and back taxes related to previous years.

Instead, there are amnesty programs available, such as the Streamlined Procedure, that can help expats avoid penalties.

For most expats who are behind with their US tax filing, the cost of catching up and becoming compliant will be lower than the Stimulus Payment that they will receive. Furthermore, there is talk of a second round of Stimulus Payments happening in the next few months.

Every expat’s personal situation is slightly different though, so it’s important for expats to seek advice from a reputable expat tax specialist.