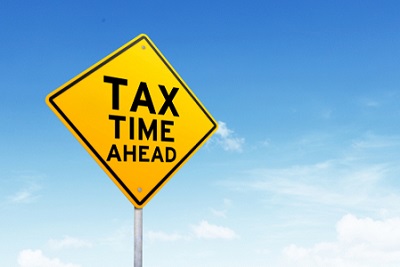 All American citizens and green card holders are required to file a US tax return every year, reporting their worldwide income, including those who live abroad. Expats however have an automatic extension until June 15th to file, and they can request a additional extension too, should they need it.

When expats file, they must also file additional forms alongside Form 1040 to reduce or in many cases eliminate their US tax bill. They may also have to report any foreign accounts, assets, or foreign registered businesses that they may have.

As filing US taxes as an expat is an unavoidable and burdensome responsibility, most expats seek assistance from a recognized US expat tax specialist to ensure that they don’t make any potentially costly errors. In this article we look at what expats preparing to file their IRS tax return from abroad should do.

The first step expats should take when preparing to file their IRS tax return from abroad is to gather the documents they will need. These include proof of income documents such as:

– Statements of stock, shares and securities transactions, such as Form 1099-B, or year-end foreign brokerage account statements.

– Social security and pension income. If sourced in the US, these may be Form SSA-1099 or 1099-R, or if sourced abroad foreign pension or social security statements.

– Rental income statements,such as Form 1099-MISC or a summary of foreign rental receipts.

If any of the above documentation isn’t available, expats may have to rely on bank statements for proof of their income in order to prepare their IRS tax return.

Expats are required to report their worldwide income on Form 1040, so those who earn in a foreign currency have to convert their foreign earnings into US dollars before reporting it.

The IRS doesn’t specify which currency converter expats should use, so long as they use a reputable conversion source and are consistent in the source they decide to use.

One-off and occasional income receipts should be converted using the exchange rate on the day that the payment was made, while expats who are paid regularly in a foreign currency can use a single conversion rate for their total foreign earned income at year end.

Travel to the US

When expats file from abroad, they may be required to report how many days they spend in the US each year.

As such expats preparing to file should look back through their calendars and international travel records to keep specific travel records of their travel to and from the US.

They should also count any partial days that they were in the US the same as whole day, with the exception of layovers of less than 24 hours.

Expats often choose to claim either the Foreign Earned Income Exclusion on Form 2555, or the Foreign Tax Credit on Form 1116, to reduce (or in many cases eliminate) their US tax bill.

Expats who claim the Foreign Earned Income Exclusion can exclude the first around $100,000 of their earned income from US taxation. To do so, expats may have to prove that they have spent at least at least 330 days outside the US in the tax year, so they should maintain proof of their US visits for their tax return. Alternatively, expats claiming the Foreign Earned Income Exclusion may have to provide documentary evidence that they are permanent residents in a foreign country.

Expats who claim the Foreign Earned Income Exclusion may be able to exclude further earned income if they rent a home abroad by claiming the Foreign Housing Exclusion, in which case they’ll also need proof of their foreign housing expenses.

We strongly recommend that expats who aren’t sure which of the above provisions they can or should claim seek assistance from a US expat tax specialist.

Expats who have over $10,000 in total foreign financial accounts, including any bank, pension, or investment accounts that they have control or signatory authority over at any time during the tax year will also have to report their foreign accounts by filing a Foreign Bank Account Report (FBAR).

To do this, expats will need to provide details of all of their foreign accounts, including account numbers and the maximum balance of each account during the year, as well as information about the institution where the account is held. Normally, this information can all be gained from expats’ foreign financial account annual or monthly statements.

Expats who haven’t been filing US taxes as they weren’t aware of the rules can catch up without facing any repercussions under an IRS amnesty program called the Streamlined Procedure. The program requires expats to file their last three federal tax returns and up to their last six FBARs. Expats catching up under the program will therefore have to gather multiple sets of all the documentation mentioned above.