FBAR Reporting for US Expats with a Foreign Business Registered Abroad 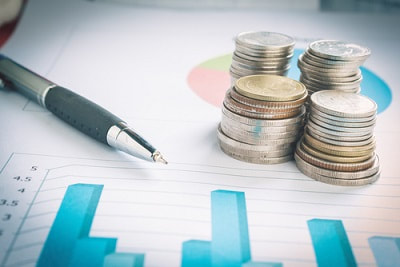 Because the US taxes based on citizenship rather than on residence, all Americans are required to file US taxes, reporting their worldwide income, wherever in the world they live.   The good news is that there are some exemptions available for expats that either reduce or in many cases eliminate their US tax liability, such as the Foreign Tax Credit and the Foreign Earned Income Exclusion.

These must be actively claimed though by filing the relevant forms when expats file their annual US federal tax return.

There are also further reporting requirements that affect many US expats, in particular relating to reporting their foreign accounts and assets.

FBAR is an acronym for ‘Foreign Bank Account Report’. US persons with bank and investment accounts held at foreign banks and other financial institutions are required to report them if the total combined value of their account balances exceeds $10,000 at any time during the year. The requirement has existed since 1970, however it is only since the FATCA law was passed in 2010 that the IRS has had the ability to police this reporting requirement globally.

What exactly is a US person?

So US persons with qualifying accounts must file an FBAR. The definition of ‘US persons’ covers not just people however, but also entities, such as any corporations, LLCs, partnerships, and trusts that have been formed under US law.

So US expats with US entities may have to file two FBARs if an account (or multiple accounts) exceed the $10,000 threshold, one for themselves and one on behalf of their US business.

However, the recent tax reforms have brought changes for expats with foreign businesses registered abroad. For example, many expats have been advised to make changes to their corporate structure to minimize US tax on their corporate profits going forward due to the tax reforms, and if these changes include setting up a US corporation that a pre-existing foreign corporation becomes a subsidiary of, then the new US corporation may have to file an FBAR (assuming that the subsidiary foreign corporation’s foreign accounts’ aggregate balances exceed $10,000 at any time during a tax year).

Types of accounts that qualify for FBAR reporting include not just bank accounts held at foreign banks (including foreign branches of US banks), but also any type of investment or brokerage account with a cash balance.

Qualifying accounts include any that a US person has signatory authority over or financially benefits from (e.g. the beneficiary of a foreign trust account), even if the account isn’t registered in the expat’s name.

How to file an FBAR

To file an FBAR, US expats should file FinCEN form 114 online before October 15th following the end of the tax year.

Expats who are behind with their FBAR (or US tax return) filing can catch up by either simply back filing the overdue FBARs or returns if they are just one or two years behind, or, if they are three or more years behind they can catch up using the Streamlined Procedure IRS amnesty program