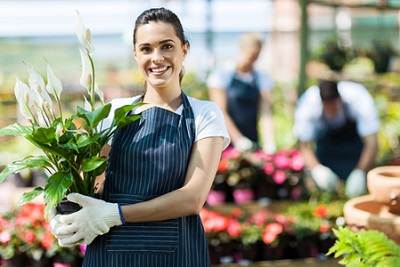 Good news for American expat small business owners: US tax attorney Monte Silver has won a significant milestone in his lawsuit against the IRS over it’s application of the new Transition Tax (part of the recent Tax Reform, and often referred to as the Apple Tax) to small businesses.

Foreign registered firms that are more than 50% owned by Americans are referred to by the IRS as Controlled Foreign Corporations, or CFCs.

Before the 2017 Tax Reform, CFCs profits that weren’t extracted from the business weren’t taxed under US law. This incentivized large firms such as Apple and Microsoft to register offshore in low tax jurisdictions and stockpile billions of dollars in profits out of the reach of the US taxman.

The 2017 Tax Reform changed the rules though, introducing a tax on CFC’s corporate earnings called GILTI (Global Intangible Low Taxes Income), as well as a one-off 15.5% Transition or Repatriation Tax on the stockpiled historical profits of American-owned offshore firms.

While the rationale of the Transition Tax was to tax large American firms that were avoiding US corporation tax by incorporating offshore, the tax was also applied by default to every small business owned by any of the nine million Americans who live abroad.

As reported on the Bright!Tax blog at the time, in February 2019 US tax attorney and expat living in Israel, Monte Silver, sued the IRS and the Treasury on the grounds that the imposition of the Transition Tax in the Tax Reform wasn’t legal, as the Tax Reform law didn’t contain a regulatory flexibility analysis as required by the Regulatory Flexibility Act.

The Regulatory Flexibility Act requires federal agencies to review regulations for their impact on small businesses.

The suit also claims that the new burdens on Americans’ foreign registered small businesses violate both the Paperwork Reduction Act, and the Administrative Procedures Act.

Mr Silver argued that when drafting the new law, the government should have devised possible exemptions from the tax for small business, and written the regulations in language simple enough for small businesses to understand.

The government filed a motion to dismiss the suit on the grounds that lawsuits that hinder the collection of tax are forbidden under the Anti Injunction Act.

However the judge has now ruled that the suit is not about taxes or the collection of taxes, but just about the procedure used when the law was drafted.

The implication of the ruling is that the government may be forced to redraft the law to create exemptions for expats’ small businesses.

All Americans are required to file US taxes on the global income, including US expats.

Filing from abroad is typically complex, as to avoid double taxation expats have to claim one or more IRS provisions such as the Foreign Tax Credit and the Foreign Earned Income Exclusion.

Furthermore, expats may have to report any foreign bank or investment accounts that they have, as well as their global business interests.

Expats are strongly advised to seek advice from a US expat taxes specialist to ensure that they remain compliant and file to their optimum benefit.

Expats who are behind with their US tax filing because they didn’t know that they have to file from abroad may be able to catch up without facing penalties under an IRS program called the Streamlined Procedure.

Please get in touch for further information.