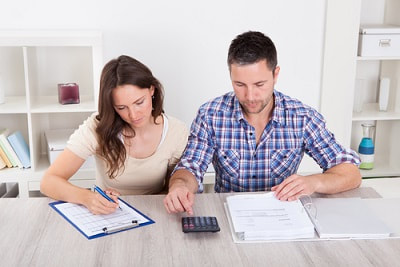 Because the US taxes based on citizenship rather than residence, American expats are still required to file an annual federal tax return declaring their worldwide income, the same as if they were living stateside.   Expats may have further filing requirements too if they have foreign assets or bank or investment accounts held at foreign financial firms.

When filing their federal tax return, expats may have to choose whether to claim the Standard Deduction or Itemized Deductions, depending on which will be most beneficial given their situation.

The recent Tax Jobs and Cuts Act, better known as the Trump Tax Reforms, has increased the Standard Deduction significantly and suspended the personal exemption.

The new Standard Deduction is $12,000 for single taxpayers and married taxpayers filing separately, and $24,000 for married couples filing jointly and surviving spouses.

So the question expats should ask themselves is whether their itemized deductions would exceed this amount.

For most expats, the highest deductible expenses will be mortgage interest on their principle residence and/or holiday home, and, for some expats state income taxes.

Some employed expats may also have unreimbursed business expenses too.

A summary of the different categories of Itemized Deductions found in form 1040 Schedule A is below, however in general mortgage interest and state income taxes will most often be the highest deductions.

Please note that spouses who file separately must both claim the same of either the Standard Deduction or Itemized Deductions.

The seven categories of Itemized Deductions in schedule A are as follows:


“Most taxpayers claim the standard deduction when they file their federal tax return. However, some filers may be able to lower their tax bill by itemizing.” – the IRS

State and US property taxes, as well as some foreign real estate taxes.

Typically mortgage interest, which can be from both first and second homes (but not rental properties), as well as mortgage insurance premiums.

Charitable gifts to registered US and some Canadian and Mexican charities.

Expats who have experienced losses to their property (home, household items or vehicles) in the tax year through theft, fire, storm, vandalism, accidents can claim part or all of them here. Expats with these losses also need to file form 4684 to provide details.

Expenses related to employment (e.g. uniforms, protective clothing and safety equipment) that haven’t been reimbursed by an employer that exceed 2% of gross adjusted income. Tax preparation accountancy fees can also be deducted here.

Typically net losses related to gambling, as well as some types of investments.

Many expats won’t owe any tax at all if they claim one or more of the exemptions available for Americans living abroad, in which case they won’t need to apply either Standard or Itemized Deductions.

The Foreign Earned Income Exclusion allows expats who can prove that they live abroad either by demonstrating residence in a foreign country or by demonstrating that they spent at least 330 days outside the US in a tax year to exclude the first around $100,000 (the exact figure rises a little each year) of their earned income from US tax. The Foreign Earned Income Exclusion can be claimed by filing form 2555 when expats file their federal return.

The Foreign Tax Credit meanwhile allows expats who pay foreign income tax to claim a $1 US tax credit for every dollar equivalent of tax that they’ve paid abroad. This may be advantageous for expats who pay higher rates of tax abroad, as they can claim more US tax credits than they require, and they can carry these excess tax credits forward for future use. The Foreign Tax Credit can be claimed on form 1116.

Expats who are behind with their US tax (or FBAR) filing can simply back file if they have missed just one or two years. Expats who have missed three or more years meanwhile can catch up without facing penalties (and still claiming the available exemptions, so long as the IRS hasn’t already contacted them) using the IRS Streamlined Procedure amnesty program.