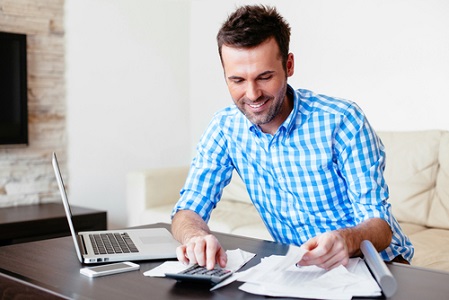 Before the Trump Tax Reform (the Tax Cuts and Jobs Act of 2017), Americans living abroad with foreign registered businesses could defer paying US taxes on their business profits so long as they didn’t distribute the profits from the business.

This rule created an incentive for many American firms to create foreign registered parent companies in low or no tax countries where they could stockpile their profits offshore tax-free.

To remedy the situation, as part of the 2017 tax reform, a new category of offshore profit was created called Global Intangible Low Tax Income, known by the acronym GILTI (whoever said the IRS doesn’t have a sense of humor!), which could be taxed.

GILTI is calculated as the revenue of a type of foreign businesses the IRS calls Controlled Foreign Corporations (CFCs), minus legitimate business expenses and 10% of the value of the firm’s depreciable fixed assets.

A Controlled Foreign Corporation is a foreign registered business that is more than 50% owned by Americans (or American owned trusts, corporations etc).

Any American who owns at least 10% of a CFC is, since the tax reform, liable to pay US income tax on the corporation’s GILTI.

The new rule has impacted many Americans living abroad who now have to pay (sometimes a lot) more tax on their foreign business earnings.

“The Treasury Department and the Internal Revenue Service issued final and proposed regulations today concerning global intangible low-taxed income, the foreign tax credit and the treatment of income of a controlled foreign corporation subject to a high rate of foreign tax.” – the IRS

In its new proposed final GILTI regulations, the IRS is now excluding from GILTI any foreign business revenue that is subject to foreign corporation tax at a rate of at least 90% of the US corporation tax rate.

While this proposal hasn’t been confirmed yet (the IRS is seeking comments on the proposed new regulations at this stage), if and when it is confirmed it will provide relief to US expats with foreign registered businesses in many countries around the world that have a corporation tax rate that is higher than 18.9%, including most European countries, Australia, and New Zealand.

The new proposed regulations mean that expats with CFCs in a country with a corporation tax rate over 18.9% will be able to elect not to pay US tax on their CFC profits (assuming that they’ve claim US tax credits against the Foreign corporation tax that they’ve paid), meaning that no further action will be required to reduce or avoid it.

For expats who have a CFC registered in a country with corporation tax rates less than 18.9%, one popular strategy for reducing US tax on GILTI going forward is to establish a US parent company for a CFC. This is because revenue earned by foreign subsidiaries receives a 50% deduction on the profits of a foreign subsidiary, and as a result corporate profits are taxed at just 10.5%. Expats should always consult an expat tax specialist though who can advise the best strategy for them to minimize US tax dependant on the details of their situation.

Expats should also bear in mind that they may also have to report their corporate (as well as personal) bank and other financial accounts on an FBAR (Foreign Bank Account Report).

Expats who weren’t aware that they have to file US taxes from abroad can catch up without facing penalties under an IRS amnesty program, so long as they do so before the IRS contacts them.

The program is called the Streamlined Procedure, and it also lets expats back-claim provisions to reduce (or in many cases eliminate) their US tax bill retrospectively when they file.