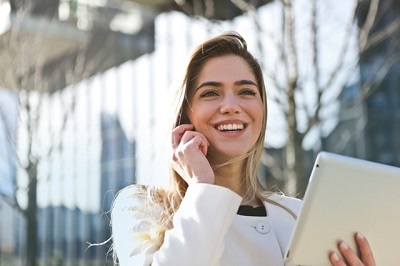 2019 was another year of innovation and expansion for Bright!Tax, as we continue to evolve to ensure that our clients find filing US taxes from overseas as easy and intuitive an experience as possible.

IRS deadlines in 2020 are the same as in 2019. This means that expats that owe any US tax for 2019 must pay (or at least an estimated amount) by April 15th. All expats receive an automatic extension until June 15th to file their federal return though. Expats who need more time can apply for a further extension until October 15th by filing Form 4868 online.

The FinCEN foreign account (FBAR) reporting deadline is also relevant for many expats who have foreign bank or investment accounts. The FBAR deadline remains unchanged for 2020, as October 15th. Most expats choose to file their FBAR at the same time as their federal tax return.

A year ago, the IRS introduced a new, postcard-sized Form 1040 to make filing easier for Americans with the simplest circumstances. For all other Americans though, this meant looking for where to input information on the new schedules.

The 2018 form wasn’t an unqualified success though it seems, as the IRS is introducing another new Form 1040 for filing in 2020.

The new form is bigger than the postcard sized version, but smaller than the previous version, so representing a compromise.

“If you are a U.S. citizen, the rules for filing income, estate, and gift tax returns and paying estimated tax are generally the same whether you are in the United States or abroad.” – the IRS

So expats (and all Americans) should be prepared to start looking for the fields they need again!

Income tax bracket thresholds have risen slightly to reflect inflation, as they usually do, while income tax rates remain the same as last year. You can see the new tax brackets for 2019 tax year for filing in 2020 here.

2020 tax year (for filing in 2021) rates and brackets have also been released already, which you can see here.

Most expats won’t end up paying any US tax however if they claim either the Foreign Tax Credit of the Foreign Earned Income Exclusion when they file their federal return.

The Foreign Earned Income Exclusion, claimable on IRS Form 2555, lets expats exclude the first around $100,000 of their earned income, globally, from US taxation.

Each year, the exact amount that expats can exclude when they claim the Foreign Earned Income Exclusion rises a little to reflect inflation.

The Foreign Earned Income Exclusion isn’t always the best way for expats to reduce their US tax bill – many expats who pay income tax in their country of residence may benefit more by claiming the Foreign Tax Credit.

Other changes for expats when filing US taxes in 2020 include:

– Under the Affordable Care Act, there will no longer be a penalty for failure to maintain minimum essential health coverage for tax year 2019.

Catching up and seek advice

Expats who are behind with their US tax filing because they weren’t aware that they have to file can catch up without facing penalties under an IRS amnesty program called the Streamlined Procedure. Don’t delay though – the program is only available until the IRS contacts you, and the IRS is now receiving expats’ financial and contact information from foreign banks and governments, so they have a good idea about who isn’t filing.

Filing from abroad is more complex than filing from the States, and it’s always beneficial to seek advice from an expat tax specialist, who will normally save you more money than they cost – as well as a whole load of time and hassle!