Just Days Until the October 15 Final Filing Deadline! What Expats Need to Know 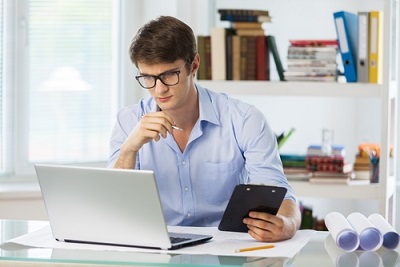 In this article we look at what Americans living abroad need to know about the upcoming October 15 2021 IRS tax filing deadline.

Do Americans living abroad have to file?

All Americans have to file US taxes every year if their income exceeds IRS minimum thresholds. The thresholds are either the Standard Deduction amount, which is $12,400 for tax year 2020, and $12,550 for tax year 2021, $400 of self-employment income, or just $5 of any income for Americans married but filing separately from a foreign spouse.

The rule applies even if US expats pay foreign taxes or if there’s a tax treaty in place between the US and the country where they live.

Why do Americans living abroad have to file?

The reason why Americans living abroad have to file American taxes is because the US has a Citizenship-based taxation system.

This means it taxes all US citizens, whether they are US residents or not. In contrast, almost every other country only taxes residents.

What is the filing deadline for Americans living abroad?

“Filers missing the April 15 annual due date earlier this year received an automatic extension until Oct. 15, 2021, to file the FBAR. They did not need to request the extension.” – the IRS

Americans who owe any US tax still have to pay it by April 15, though.

It’s also possible to request an extension until October 15 by filing IRS Form 4868, the same as Americans living in the States.

The good news is that when Americans living abroad file, there are IRS provisions that they can claim to reduce their US tax bill and avoid double taxation. For the majority of expats, this results in owing no US tax (although they still have to file).

A separate reporting requirement called an FBAR for Americans with foreign registered bank and investment accounts doesn’t have a June 15 filing deadline, but April 15 with an automatic 6 month extension.

Americans who miss the October 15 deadline can request a further extension until December 15, however this extension is discretionary rather than automatic, and you will need to explain to the IRS why they will be filing late.

What should Americans abroad do if they’ve never filed?

Americans who have missed just one or two years filing from abroad can usually simply file their missed returns (and FBARs). If they owe any US tax, they will have to pay any interest on the tax due.

Americans who have missed three or more years filing from abroad should instead seek advice from an expat tax specialist to ascertain whether they qualify for an IRS amnesty program such as the Streamlined Procedure program, which will let them catch up and get compliant again without facing any IRS penalties.