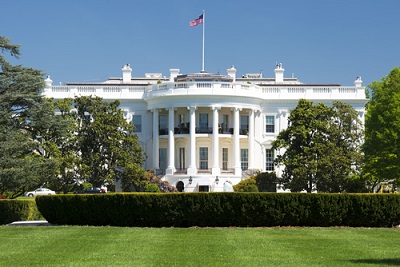 Republicans Overseas, a political organization representing the interests of Americans living abroad, has hand-delivered a letter to White House Chief of Staff Mark Meadows requesting that the President alleviate aspects of expat taxation by Executive Order.

Republicans Overseas was founded in 2014 with one of its express aims being repealing the 2010 Foreign Account Tax Compliant Ace (FATCA). The letter RO delivered last week specifically requests that the President establish a commission to consider a remedy for onerous legislation affecting expats, such as FATCA.

The letter goes further though, also asking for an exemption for small businesses from the GILTI and Transition Taxes introduced in the 2017 Tax Cuts and Jobs Act, as well as an end to Citizenship Based Taxation, and it also contains a draft text for an Executive Order.

The three main requests contained in the letter are as follows:

The GILTI and Transition taxes were introduced in the 2017 Tax Cuts and Jobs Act to prevent large American corporations avoiding paying US tax by registering offshore.

Both taxes were imposed on all foreign registered corporations with at least 10% American ownership though, including all American expats’ small businesses, unintentionally creating a significant new financial and reporting burden for hundreds of thousands of ordinary Americans living and running a small business overseas.

Create a commission to consider remedies for FATCA

FATCA is a law passed in 2010 that requires Americans with foreign registered financial assets to report them, but FATCA also requires all foreign banks and investment firms to report their American account holders or pay a tax when they trade in US financial markets.

An unintended consequence for US expats was that many foreign banks now decline services to Americans rather than fulfil the reporting requirement.

The US is the only developed nation to tax all of its citizens on their global income even if they live abroad, rather than just residents. This means millions of Americans expats often have to file two tax returns, in the country where they live as well as to the IRS, claiming tax credits or other provisions when they file to avoid double taxation. Americans with foreign registered bank and investment accounts also have to report them by filing an FBAR. Most other countries on the other hand only tax residents.

Will it actually happen?

White House Chief of Staff Mark Meadows is known to be a supporter of overseas Americans and an opponent of FATCA, having introduced a bill to repeal elements of it as a Congressman in 2016. President Trump meanwhile has previously introduced reliefs by Executive Order, so the letter is well targeted.

Furthermore, the 2016 Republican election platform contained the aim to address the issues.

However, repealing FATCA and Citizenship Based Taxation remains unlikely to be enacted in the near future at least for two reasons: firstly, because FATCA gives the IRS and US government a global reach that it is unlikely to want to relinquish or diminish, even if that means a continued inconvenience for Americans who live abroad; and, secondly, because American expats are never a priority for the US government because as a dissipated group which votes in different states they don’t wield very much political or financial influence on the US government.

The other ambition contained in the letter, an exemption for foreign registered small businesses from GILTI and Transition Taxes, is perhaps more likely to actually happen in the not too distant future. This is more thanks to expat attorney and small business owner Monte Silver’s lawsuit that seeks the same outcome though, as Silver has proved that the IRS didn’t consider the impact on small businesses when drafting the Tax Cuts and Jobs Act, as is required by law.

For now then, all American citizens are required to file US taxes reporting their global income.

American expats who are behind with their US tax filing due to an ignorance of the requirement to file can catch up without facing penalties under an IRS amnesty program called the Streamlined Procedure.