Should US Expats Report Bitcoin Cryptocurrency Under FATCA or FBAR? 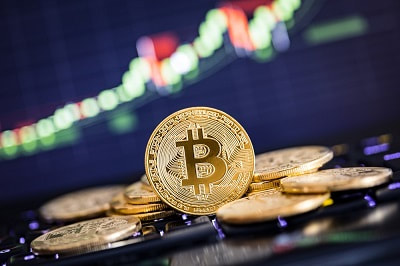 Bitcoin has been dominating headlines over the last few months, as it’s value has risen and fallen, and many questions still linger over its viability as a currency and its value as an asset going forward.

For many expats though, Bitcoin has been simply a useful way of getting paid across borders, while others have treated it as an investment.

One question that has arisen though is if and how Bitcoin (and other virtual or cryptocurrencies) should be reported to tax authorities.

Because the US taxes based on citizenship, Americans are required to file US taxes wherever in the world they live.

Thankfully, there are a number of exemptions available, such as the Foreign Earned Income Exclusion and the Foreign Tax Credit, that allow expats to avoid double taxation, although these must be actively claimed when expats file their federal return.

Americans living abroad may have further reporting requirements relating to FATCA and FBAR.

FATCA, the 2010 Foreign Account Tax Compliance Act, requires expats with foreign financial assets worth over $200,000 at any time during the year to report them by filing form 8938 along with their US federal tax return.

Expats with a total of over $10,000 in foreign financial accounts including bank and investment accounts) meanwhile at any time during the year must also file a Foreign Bank Account Report, or FBAR, to FinCEN.

“Today there’s a virtual currency team within the IRS. The agency also hired a cryptocurrency software company called Chainalysis to trace the movement of money through the bitcoin economy” – CNBC

Bitcoin (and other cryptocurrency) reporting for expats

The creation and rise of Bitcoin and other cryptocurrencies have led to questions over whether and how Bitcoin should be reported when expats file their tax returns.

In 2014, the IRS issued guidance regarding this. In summary, if expats are paid in Bitcoin, they should report it as they would any other income on their federal tax return (and state return if applicable).

If on the other hand expats buy Bitcoin (or other cryptocurrencies) as an investment, any gain or loss they make on their investment should be reported as they would any other capital gain or loss.

So should US expats report Bitcoin Holdings under FATCA and FBAR?

Things are less clear though regarding whether Bitcoin should be included in FATCA and FBAR reporting.

In 2014, the IRS stated that it didn’t require virtual currency accounts to be reported on an FBAR, with the caveat that this may change in the future. Given the recent rise in profile and popularity of Bitcoin and other virtual currencies, it would seem prudent to now confirm that the advice given in 2014 still stands.

Furthermore, the IRS has been taking clear steps to find out who does and doesn’t have virtual currency accounts. It recently won a case forcing Coinbase, one of the most popular cryptocurrency exchanges, to reveal its 14,000 account holders. The case will no doubt act as a precedent as the IRS requests information from other virtual currency service providers. The IRS is also actively tracking virtual currency movements, globally.

Golding and Golding attorneys suggest that if Bitcoins are kept in a personal wallet at home, there’s no reason why they should be reportable on an FBAR.

American expats who hold cryptocurrency in a foreign-based trading account such as a Blockchain account (Blockchain is located in Luxembourg) find themselves in a more ambiguous situation however.

The bottom line is that there is no clear official position on this. As a result, many tax specialists are urging a cautious approach, encouraging expats with virtual currency accounts held at foreign institutions to report them on an FBAR (and on form 8938 under FATCA too if the expat’s total foreign financial holdings including virtual currency exceed $200,000 at any time during the year). There’s no immediate tax implication resulting from reporting these accounts after all, until a taxable profit is realized. At Bright!Tax, we would endorse this cautious approach.

Expats who are behind with their US tax filing can catch up using an IRS amnesty program called the Streamlined Procedure without facing any penalties by filing their last 3 tax returns, their last 6 FBARs (as applicable), and self-certifying that their previous non-compliance wasn’t willful avoidance.