The IRS, US Expat Taxes, and Bitcoin – What You Need to Know 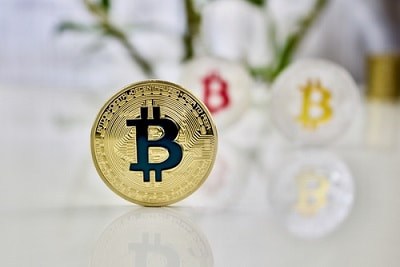 Bitcoin (along with other crypto and virtual currencies) has been in the news over the last few weeks, thanks to its soaring value.

Many expats were early adopters and investers in Bitcoin, recognizing its international nature and its convenience for cross-boarder payment transaction. With the recent media attention though, many expats are now seeking a definitive explanation of the IRS tax implications of being paid in or investing in Bitcoin. In this article we examine them.

Bitcoin is a crypto- or virtual currency, conceived in the wake of the global financial crisis as a way of securely making payments and storing money online. Its inventor has remained anonymous, known only by the pseudonym Satoshi Nakamoto.

One interesting thing about Bitcoin is that no government or other authority controls or regulates it, meaning it can cross borders without incurring currency exchange fees.

This has led many expats to use it to make or receive international payments. Others have invested in it meanwhile, hoping to see its value increase, as it has been recently.

In 2014, as Bitcoin’s popularity increased, the IRS published its virtual currency guidance for the first time.

“If you’re a bitcoin investor and have cashed in on your gains — or made purchases using the cryptocurrency — don’t forget the Internal Revenue Service is entitled to a piece of the action.” – CNBC

In it, they confirmed that remuneration for services rendered paid in Bitcoin to US persons is liable to US income tax. US citizens and green card holders are of course liable to file US taxes declaring their worldwide income wherever in the world they live, and living abroad and receiving remuneration in Bitcoin won’t affect this.

Do expats need to declare gains made on Bitcoin investments?

Similarly, expats who have invested in or retained Bitcoins (rather than those who have simply used Bitcoin to make a single transaction) are liable to pay capital gains taxes on any increase in the value of their holding, as they would any other type of investment or asset. Thanks to Bitcoin’s meteoric recent rise in value, this will most likely affect lots of expats currently.

Will the IRS know though?

More and more so all the time. Never happy without financial omniscience, the IRS recently won a court ruling demanding that Coinbase, one of the main Bitcoin brokers, hand over information allowing the IRS to identify its clients. With this information, the IRS can see their entire Bitcoin transaction histories.

No doubt the IRS will use this precedent to force other brokers to do the same, meaning that even if the IRS isn’t aware of all expats’ Bitcoin transaction histories now, it is taking active steps to obtain this information.

Expats who are behind with their US tax filing and wish to catch up without facing penalties before the IRS comes to them can do so by filing under the Streamlined Procedure IRS amnesty program. The program also lets them claim the exemptions when they file that allow most expats not to end up owing any US tax (although they are still required to file).