The Number One US Expat Destination Revealed 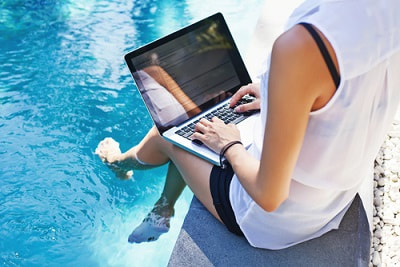 Mexico is the number one destination for US expats. The US State department estimates that there are over 1 million American citizens living in Mexico, and it’s easy to understand why. A heady combination of high levels of personal freedom, low taxes, a relaxed culture and a friendly people gives Mexico a wide appeal.

Factor in that it’s within driving distance of the US, has a lower cost of living (which has a particular appeal to retired Americans, letting their pensions go further), a year-round warm climate, delicious food, and there are lots of other Americans already there, and you may start to wonder why we haven’t all moved there. ​

American expats in Mexico tend to live in 3 main zones: along the border in Tijuana (from where many commute to work in Southern California), Mexicali, and Juarez; along the coasts, for the idylic beaches; and in some the picturesque former Spanish colonial towns and cities of the interior, notably Chapala, San Miguel de Allende, Guadalajara, and Monterrey.

If you’re thinking of taking the plunge, or even just spending some of the year there, here are our top tips for American expats in Mexico:

In some places, especially those geared up for tourism, lots of people speak some English, however wherever you are you’ll find life both easier and more enjoyable if you can speak some Spanish.

If you want to spend more than six months a year in Mexico, you’ll need a residency visa. It can be fairly easily obtained from any Mexican consulate in the US, if you can prove that you have the funds to support yourself once you move, such as proof of a pension. You start off on a temporary visa, which can be renewed for up to 4 years, after which you can apply for a permanent visa. To obtain a visa to work in Mexico, you need to already have a job offer there.

While the relaxed culture is for many a plus, it can also prove frustrating when you are used to the customer always being right. The ability to relax and remain calm when you have returned somewhere 4 times to be told ‘mañana’ again is invaluable.

4. Explore the culture, sensitively, and ideally contribute something.

Considering how close it is to the US, Mexico has a surprisingly different culture. Embrace it, but be sensitive. Many people are poor, and it’s always better to contribute rather than cause resent.

5. Get some professional tax advice.

There are extra tax filing requirements when you are living outside the US so do a bit of due diligence and find out your obligations at the outset.