Is It Too Late for Expats to File US Taxes After October 15th? 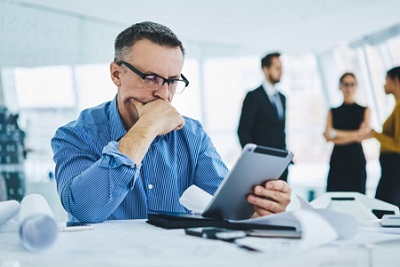 With the final October 15th US tax filing deadline now having passed, most US expats have already filed this year.

For those who still haven’t though, in this article we take a look at the consequences of their not having filed, as well as the options they now have.

Summary of rules and deadlines

US expats are required to file US taxes, reporting their worldwide income, regardless of whether they have to file foreign taxes in their country of residence too, or whether there’s a tax treaty.

Furthermore, expats are often subject to extra US filing requirements that Americans in the States don’t normally have, such as having to report foreign registered bank and investment accounts by filing an FBAR (Foreign Bank Account Report), as well as their financial assets and business interests.

When expats file, to reduce their tax bill they can claim either the Foreign Tax Credit, which lets them claim US tax credits up to the value of the foreign taxes they’ve paid, or the Foreign Earned Income Exclusion, which lets them exclude up to around $100,000 of earned income from US tax.

Most expats find that when they claim one of these provisions when they file, they don’t then owe any US tax. If they don’t file and claim them though, the IRS assumes that they do still owe US income tax on their global income.

The IRS has access to expats’ foreign bank and investment accounts’ balance information, as well as their foreign tax returns, due to information sharing agreements with foreign governments, so they know who should be filing.

“If you filed for an extension and you miss the Oct. 15 deadline, you are responsible for the same late-filing penalty as if you had failed to the file by April 15 and not requested an extension.” – Money

Expats get an automatic filing extension until June 15th, and they can extend this to October 15th by requesting an extension on IRS Form 4868, just as Americans in the US can. Any US taxes due should still be paid by April 15th though.

What happens if expats miss the October 15th deadline?

Expats who miss the October 15th deadline are liable to a late filing penalty of 5% of the tax that they owe, per month, up to a maximum of 25%. As they haven’t filed and claimed any provisions to reduce their US tax bill, the IRS will calculate this penalty on their global income. Expats who file after October 15th may also have to pay late tax payment penalties and interest.

Much steeper penalties can be incurred for not filing FBARs though, starting at $10,000 a year for non-willful (i.e. accidental) infringements.

While the IRS is unlikely to impose these penalties immediately, expats who file late are taking a risk, and they should file as soon as they can. Expats who have any doubts or questions about their ability to file, or how to file completely and accurately, should consult with a US expat tax specialist as soon as possible.

Expats who applied for the extension to October 15th but still can’t file in time can request a further extension until December 15th by writing to the IRS Submission Processing Center in Austin TX before October 15th.

Expats who have missed filing multiple tax returns because they weren’t aware of the requirement to file can catch up without penalties under an IRS amnesty program called the Streamlined Procedure, so long as they do so before the IRS contacts them.

If you have any questions about filing US taxes from abroad, don’t hesitate to get in touch.