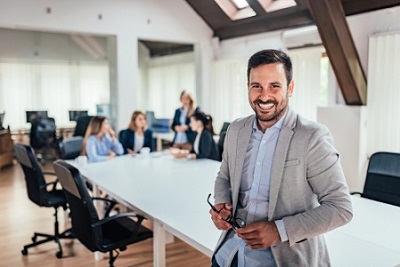 Deep within 177 pages of Proposed Regulations released by the Treasury on March 4th 2019 dealing with the application of changes made under the 2017 Tax Cuts and Jobs Act (the Tax Reform), the availability of a ‘962 election’ to reduce the rate of the new GILTI tax payable was extended from just corporate owners of foreign businesses to individuals, too.

Before the Tax Reform, Americans who owned over 10% of a Foreign Controlled Corporation (CFC), which is a company registered abroad that is over 50% American owned overall (whether by American individuals, corporations, trusts, or estates), were able to defer paying any US tax on the corporation’s profits until the profits were extracted from the business.

This created an incentive for American businesses, both big (such as Apple) and small, to register offshore and build up offshore cash piles, depriving the Treasury of tax revenue.

The Tax Reform aimed to remedy the situation by requiring offshore American owned companies to pay a one off Transition or Repatriation Tax on their offshore cash piles, and by introducing a new tax on their future profits, which are called GILTI (Global Intangible Low Taxed Income).

Corporate owners of offshore firms could make a ‘962 election’ though, giving them a 50% discount on the new 21% corporation tax rate on their offshore profits.

“Its official. People will be able to avoid GILTI taxes if they make the 962 election in their tax filing.” – Monte Silver, Expat Tax Campaigner

Individual American offshore business owners on the other hand, including millions of expats, were hit much harder by the changes in the tax reform, as they would now be taxed as if their foreign corporation’s profit were there own income, at income tax rates of up to 37%.

The new Treasury regulations announced this week extend to individuals the ability to make an election under Section 962 and so receive a 50% discount on the their business’ profits.

So individual expat small business owners can now halve their US tax liability on their foreign earned business profit, and they can also claim US tax credits to the value of 80% of any foreign corporate taxes they’ve paid on it, too. For many expats, this means that they won’t owe any US tax on their GILTI (foreign registered small business) income.

Other options to minimize GILTI

There are other options available to expats with a small business registered abroad to reduce or avoid paying the new tax.

For example, some expats may be happy to transfer 50 ownership of the business to a trusted foreigner, such as a spouse, child, friend or business partner who isn’t a US tax payer. This would mean that the company is no longer a CFC and so it’s profits wouldn’t be taxed under the new rules.

Expat small business owners with any questions about their US tax situation should consult an expat tax specialist at their earliest convenience to ensure they minimize their tax US liability going forward.

Expats who are behind with their US tax filing, including their corporate filing, can catch up without facing penalties under an IRS amnesty program called the Streamlined Procedure, so long as they can self-certify that their previous non-compliance wasn’t willful avoidance of their responsibilities.