Trump Tax Reform Bill Analysis – What Does It Mean For US Expats? 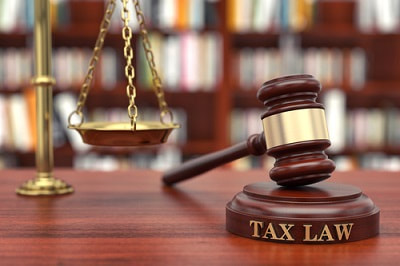 On November 2nd, the House of Representatives unveiled the first draft of the Trump Tax Reform Bill. Here we look at how it will affect expats.

Citizen based taxation and FATCA

There is no mention in the draft Tax Reform Bill of any change to citizen based taxation for individuals, or of repealing FATCA.

It is proposed that corporations are only taxed on their US profits (rather than globally), as taxing corporations globally has (conversely to expectations) reduced government revenue, as globally operating firms have simply relocated to other countries with more favorable tax regimes.

Despite ACA (American Citizens Abroad) lobbying to make a similar change away from global taxation for expat individuals, there is no mention of this in the draft bill.

Trump’s draft tax reform bill lowers income tax rates for most people, although the highest 39.6 highest rate is maintained under the proposals, but now starting at $500,000. These changes will only benefit certain groups of expats though:

– those expats working in very low tax (or no tax) countries on salaries that exceed the Foreign Earned Income Exclusion threshold (just over $100,000), and expats such as retirees whose income isn’t earned (e.g. from property rentals or dividends). These expat groups currently pay US taxes and they will pay less US tax in the future.

– expats who are working abroad temporarily in a country with higher tax rates than the US who claim the Foreign Tax Credit and are saving up their excess US income tax credits for future use after they return to the US. These expats will have more excess tax credits in the future, thanks to an increased difference between their foreign and US income tax rates.

– expats who pay just US taxes on their US sourced income (e.g. if the country where they live only taxes on income sourced within that country) will also benefit from the lower rates.

Most expats though don’t currently pay any US income tax and don’t stand to benefit from the reduced income tax rates.

“Some observers may want to blame President Trump for the spike [in US citizenship renunciations], but it is much more likely that longstanding tax issues are the real culprits. And the tax reform now being considered is hardly a game-changer.” – Forbes

Wealthier American expats will benefit from the proposed initial doubling of the estate tax limit from $5.49m to $10.98m, with this tax due to be phased out entirely from 2023.

US expats who own a foreign business

Expats who own over 50% of a foreign business are facing some changes which may affect their US tax liability.

Currently, such expats only pay taxes on their foreign corporations’ profits when they take money out of the company, typically either as salary or dividends.

Under the proposed changes however owners of foreign corporations may face a direct tax on 50% of the income of the corporation over a certain amount, that varies according to a complex formula.

This implies that new reporting requirements for expats with foreign corporations are in the post, alongside possibly a new tax liability.

It will be easier for wealthier expats to renounce US citizenship

Currently, expats whose net worth is over $2m (as well as those who aren’t up to date with their US tax filing) have to pay an exit tax as a percentage of their net worth when they expatriate.

The proposed increase of the estate tax threshold will allow more people to reduce their net worth to below $2m if they wish to expatriate without paying the exit tax.

While there’s still has a long way to go before the bill becomes law, we can now begin to predict the implications for expats. As things stand, the majority of expats won’t be affected by the changes. Expats who owe US taxes will benefit from the decrease in income tax rates, while those who claim the Foreign Tax Credit and have excess US credits having paid a higher rate of tax abroad meanwhile will find themselves with more excess US tax credits each year than previously, which may benefit them if they move back to the US in the future. Expats with foreign corporations will also have more complex reporting requirements and possibly a new tax bill.

While many US expats who have settled abroad permanently will be disappointed that there’s no mention of a change to FATCA or citizen based taxation in the draft bill, in general very few expats will be negatively affected by the proposed changes compared to now.