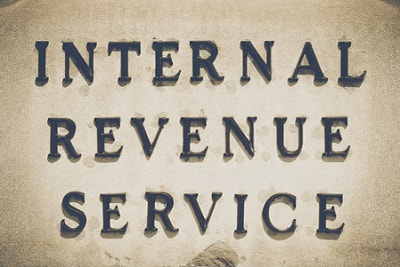 All Americans, including expats, have been required to file US taxes, reporting their worldwide income, since the nineteenth century. It’s only over the last few years though that, due to foreign banks and governments now sharing expats’ financial data with the IRS the federal government has been able to enforce the requirement for expats to file.

To avoid double taxation, expats can claim one or more IRS exemptions, such as …

… the Foreign Tax Credit, and the Foreign Earned Income Exclusion. To claim these exclusions, expats must file additional forms when they file their annual federal return.

Expats may also have to report their foreign bank and investment accounts by filing an FBAR, and their assets, depending on the values, as well as their foreign businesses.

There was hope that Trump’s Tax Reform would reduce the filing burden for expats, however in the end it not only maintained the status quo but introduced two new taxes for expats who have foreign registered corporations.

Pre Tax Reform, expat entrepreneurs and business owners with foreign registered businesses who left their profits within the business didn’t pay US corporation tax on these so -called ‘retained earnings’.

Giant American firms like Apple and Microsoft were taking advantage of this loophole though by registering abroad in a low-tax country and stockpiling billions of dollars of profits without paying any US corporation taxes.

The Tax Reform attempted to tackle this issue by introducing two new taxes: a one time Transition (or ‘Repatriation’) Tax on the these offshore cash piles, and a corporation tax on earnings of American owned foreign corporations going forward

Unfortunately however, the changes were also applied to American owned small businesses.

“Expat business owners say they’ve had trouble getting lawmakers to pay attention to the issue, since few, if any, have a critical mass of expats who vote in their district.” – Investment News

Monte Silver, an American expat small business owner based in Israel, has filed a lawsuit in the District of Columbia Federal Court against the IRS and Treasury Department arguing that the Tax Reform failed to contain a “regulatory flexibility analysis” that is required by the Regulatory Flexibility Act, a U.S. law requiring federal agencies to review regulations for their impact on small businesses. The suit also claims that the new burdens on foreign registered small businesses violate both the Paperwork Reduction Act, and the Administrative Procedures Act.

The lawsuit requests the deferment of the legislation until the issues have been dealt with properly.

Mr Silver said, “This lawsuit is the culmination of an entire year of grassroots advocacy by small business owners. Recognizing the tremendous burden which the Transition tax imposed on small businesses, in June 2018, the Treasury granted us a one-year extension to comply with the law, but avoided granting us permanent relief when issuing the proposed regulations in August 2018 by claiming that the regulations had no impact on small businesses. It was at this stage we realized that a lawsuit would be the only way to enforce our rights.”

While it’s unclear whether the suit will be successful in deferring the Transition Tax, the suit has already been successful in drawing wider attention to the burden the new taxes place on expat entrepreneurs and small business owners.

What can expats affected by the new Transition Tax do?

Expats should always ensure that they are up to date with their US filing, as otherwise they aren’t in a legitimate position to campaign for change.
Expats who are behind with their US tax filing can catch up without facing penalties under an IRS amnesty program called the Streamlined Procedure.

Expat small business owners who are affected by the Transition Tax and by GILTI and who would like to support the campaign for change can write to their representatives. Templates are provided here:

Expats who wish to donate towards legal fees should contact Silver and Co.

Expats with a foreign registered corporation should also consider restructuring, to minimize their tax liability in case the new law remains unchanged. Expats in this situation should contact an expat tax specialist at their earliest convenience.