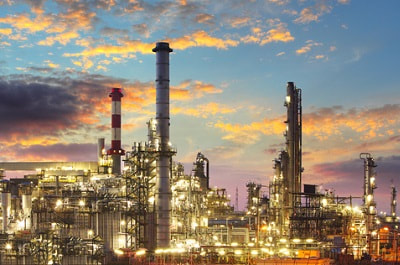 Americans are required to file a US tax return, whether they live in the US or abroad. They may also be required to pay US taxes, depending on their circumstances and which exemptions they may be eligible for. Exemptions aren’t applied automatically and need to be claimed though, so if you’re an American contractor, whether civilian or military, working overseas, it’s worth getting to grips with your US tax requirements.

Americans living or working abroad qualify for an automatic filing extension until June 15th, which can be extended still further if necessary until October 15th. Taxes still have to be paid on April 15th though, so an estimation of taxes due will need to be prepared before then.

Overseas contractors who earn less than around $100,000 a year can exclude all their income from US tax if they can either prove residence in another country (for example by having a permanent residence and paying taxes there), or if they can prove that they spent at least 330 full days in the tax year outside the US and in another country (note that days travelling between countries don’t count). This exemption is known as the Foreign Earned Income Exclusion. You can claim the Foreign Earned Income Exclusion whether you are employed or self-employed.

If you claim the Foreign Earned Income Exclusion and you rent a property abroad, you can also deduct most of your housing expenses by claiming the Foreign Housing Exclusion.

For contractors who pay taxes in another country at a higher rate than US taxes, a better option may be to claim the Foreign Tax Credit, which allows you to claim a dollar tax credit for every dollar equivalent of tax paid in another country. Excess credits can be carried forward.

“If you serve in a combat zone for one or more days during a particular month, you are entitled to an exclusion for that entire month.”
– military.com

In some cases, for example if you earn over $100,000 and you pay foreign taxes abroad, you may be able to claim both.

If you are resident in a foreign country, you may be liable to pay foreign taxes there. This will depend on how the particular country defines residence (for example spending over 180 days a year there), on that countries tax rules, and, if you are a US government employee on whether that country has an agreement with the US covering US employees.

Whether you are liable to pay state taxes in the US state where you last lived will depend on which state it is. Most states will exempt you so long as you can demonstrate that you are no longer resident there, however there are exceptions, so again it’s worth making sure.

If you have one or more foreign bank accounts or foreign investment accounts with a combined (aggregate) total balance between them of $10,000 or more at any time during the tax year, you are required to file a Foreign Bank Account Report (FBAR) alongside your tax return.

The IRS has access to all US taxpayers foreign tax and bank account information, as foreign banks and governments provide it, so don’t think that being abroad means that they don’t know what you’re earning! If you have any doubts or queries regarding your US tax situation as an American contractor working overseas, including if you have back taxes or previous years’ returns to file, get in touch with an expat tax expert for some advice.