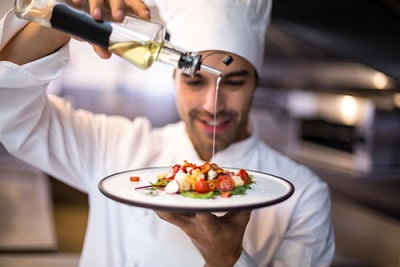 Working and living overseas is an adventure that few Americans get to enjoy. An estimated 6.3 million worked abroad in 2012 – many lived in exotic places, immersing themselves in a new culture often very different from that of the United States. But one obligation shared by U.S. citizens everywhere is the requirement to file and pay U.S. income taxes, regardless of domicile.

The United States is the only industrialized nation that taxes its overseas citizens, even if they are paying taxes elsewhere. As a consequence, if you are an expatriate – an American citizen living abroad – you should be aware of the income tax laws affecting you, as well as the opportunities you have to minimize their impact.

While income tax liability is often inescapable, there are a number of provisions in the law to reduce taxes which might otherwise be due. While you have an obligation to pay taxes that are legally due, you also have the right to use tax benefits which may reduce the amount of taxes owed. In order to take advantage of most of the favorable tax treatments afforded to expatriates, you must satisfy either the physical presence test or bona fide residence test.

If your tax home is in a foreign country and you were physically present in that country for at least 330 days during a 12-month period, up to $97,600 can be excluded from your U.S. taxable income. American citizens who move from the country or return from their foreign assignments during the year may qualify for a partial-year exclusion by completing IRS Form 2555. If you don’t qualify for the exclusion, but paid foreign income tax, you might qualify for a credit or deduction for the taxes paid in order to avoid “double taxation.”

Eligible housing expenses such as rent, utilities, insurance, rental of furniture, repairs, and parking (unless considered lavish or extravagant) are deductible up to 30% of the federal earned income exclusion, or FEIE, which is $97,600 (30% of which is $29,280). Fortunately, the law recognizes that some locations are more expensive than anticipated by the standard housing deduction. As a consequence, the IRS provides a higher deduction for certain high-cost areas detailed in IRS Notice 2013-31. Hong Kong, for example, allows a maximum deduction for 2013 of $114,300.

If housing is provided by your employer during an overseas assignment, it may be tax-free if it meets all of the following requirements:

In order to deduct your moving expenses, you must maintain employment for 39 weeks in the new location. If you’re self-employed, it’s 78 weeks. When you move to another country, you can deduct all reasonable expenses of the move for yourself, your spouse, and any other members of your household. These expenses include household goods and personal effects, storage of your personal goods, and transportation and lodging as you travel from the old residence to the new residence. Be aware that if you claim the foreign earned income or housing exclusion, you cannot deduct the part of your moving expenses related to the excluded income.

Generally, the intent of the law is to protect citizens from paying tax on the same income to two different countries. Consequently, there is a dollar-for-dollar credit for any taxes paid to foreign countries on foreign earned income. Unearned income is subject to more complicated rules. You must choose between reducing your income by the FEIE and foreign housing allowance or using the foreign tax credit.

The United States has negotiated specific tax treaties with more than 60 countries to reduce or eliminate double taxation for its citizens working abroad. These treaties also benefit foreign nationals working in the U.S. who might be adversely affected by double taxation, and they generally provide the following:

If you are self-employed, you are obligated to pay U.S. self-employment tax, which is both the employer’s and employee’s share of Social Security and Medicare taxes. This must be paid in addition to regular U.S. income tax, and you must file IRS Schedule C and Schedule SE with your tax return. The self-employment tax rate is 15.3% of net Schedule C income before any foreign income exclusion or foreign tax credits.

Net earnings are income after all legal business expenses have been deducted and include income earned both in a foreign country and in the United States. The tax is equivalent to a Social Security tax of 12.4% and a Medicare tax of 2.9%. An additional 0.9% is collected from high-income earners ($200,000 and above for single filers, and $250,000 and above for filers who are married and filing jointly).

Calculating and paying taxes while living out of the country can be confusing, even maddening. The requirement to report foreign bank deposits if funds total $10,000 or more is particularly burdensome and should be coordinated with tax calculations and payments. Unless you have the time and expertise to devote to tax planning or have earned income below the levels required to report each year, you should consider seeking the advice of a tax professional experienced with expatriate filers. The money you save is going to make the expense well worth it.