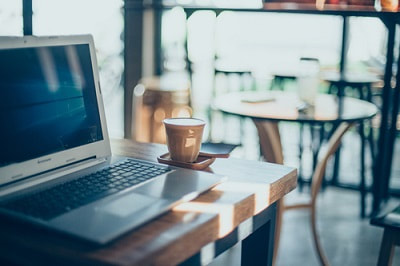 All Americans have to file a federal tax return if they earn over around $10,000 (or just $400 of self-employment income) and declare their worldwide income, regardless of where in the world they live.

In theory, all Americans are also liable to pay US taxes on their worldwide income, however Americans living overseas can exclude up to around $100,000 of income from US tax liability by claiming the Foreign Earned Income Exclusion.

How does it work?

To claim the Foreign Earned Income Exclusion, you must be living abroad, and you must be able to prove this with either the Bona Fide Residence Test, or the Physical Presence Test.

The Bona Fide Residence Test asks you to prove that your permanent home is in a foreign country. You may be able to do this by providing foreign residence evidence such as utility bills, or foreign taxpayer information.

The Physical Presence Test meanwhile requires you to prove that you were outside of the US (and US territories) for at least 330 days in a 365 period that coincides with the tax year. This is useful for people who are moving between foreign countries regularly rather than having a permanent home abroad, such as Digital Nomads.

If you meet one of the two criteria, you can claim the Foreign Earned Income Exclusion to exclude up to around $100,000 of your income (it doesn’t matter whether it’s salary or self-employment income, or where in the world it is earned or paid) from US tax liability by filing IRS form 2555 with your US federal tax return.

“If you are a U.S. citizen or a resident alien of the United States and you live abroad, you are taxed on your worldwide income. However, you may qualify to exclude income up to an amount of your foreign earnings. In addition, you can exclude or deduct certain foreign housing amounts.”
– The IRS

IRS form 2555 is a relatively short form, however parts of it are quite complex, depending on your circumstances.

Part 1 asks for general information about you and your income, part 2 relates to the Bona Fide residence test, part 3 to the Physical Presence test, and part 4 asks for the details of your foreign earned income and expenses.

Parts 5, 6, 8, and 9 of form 2555 relate to the Foreign Housing Exclusion and Foreign Housing Deduction, while part 7 lets you calculate how much of your foreign earned income you can exclude.

IRS form 2555-EZ is a shorter, simpler version of form 2555 and can be used by people who have no self-employment income, are not claiming the Foreign Housing Exclusion or Deduction, are not declaring any business or moving expenses, and, if they are claiming under the Physical Presence Test, the 365 day period during which they spent at least 330 days outside the US must be the tax year (rather than another 365 day period that overlaps with the tax year).

What about the Foreign Tax Credit?

For expats who are living and paying taxes in a foreign country with higher income taxes than in the US, it may be beneficial to claim the Foreign Tax Credit rather than the Foreign Earned Income Exclusion.

For American expatriates who earn over $100,000 meanwhile, it may be beneficial to claim both, although they can’t be claimed on the same income. So, the Foreign Earned Income Exclusion could be claimed to exclude the first around $100,000 of income, and the Foreign Tax Credit for amounts over that.

What if I’m an American expatriate who owes back taxes?

If you are a US expat and you weren’t previously aware that you were required to file a US tax return, there’s an IRS amnesty program called the Streamlined Procedure that allows you to get compliant without facing any fines.