Form 2555 – Everything Expats Need to Know 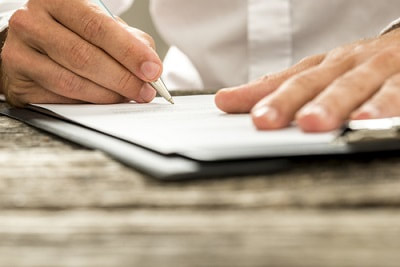 Form 2555 and form 2555-EZ are used to claim the Foreign Earned Income Exclusion, and form 2555 the Foreign Housing Exclusion or Deduction too. The Foreign Earned Income Exclusion allows you to exclude up to around $100,000 (the figure rises a little each year) of foreign earned income from US federal income tax. Please note that US citizens and green card holders are required to pay tax on their foreign earned income, whether they are resident in the US or not, and regardless of whether they are paying tax in another country, even if the US has a tax treaty with that country.

You can claim the Foreign Earned Income Exclusion if you are living and working abroad and you meet either the Physical Presence test or the Bona Fide Residence test.

The Physical Presence test requires you to prove that you were outside the US and in another country for a minimum of 330 days in a 12 month period. Partial days spent in the US and days in transit between two countries don’t count. You can choose the 12 month period though, so long as it overlaps with the tax year in question.

The Bona Fide Residence test requires you to prove that you are a resident in another country, through having a home there and paying bills and taxes for example.

So long as you pass one of these two tests and you are earning abroad, you can claim the Foreign Earned Income Exclusion, as well as the Foreign Housing Exclusion or Deduction, depending on whether you are employed or self-employed.

So it doesn’t matter if you are working for an American company, a foreign company, or for yourself, or whether you’re working in an office or other corporate environment or remotely, or while traveling, perhaps as a Digital Nomad.

When is the filing date?

The filing date is the same as for form 1040, so June 15th for Americans living abroad, unless you apply for an extension to October 15th.

“As most expats are painfully aware, this [tax filing] process is not only more complicated than for their compatriots back home, but the risks and potential penalties are higher even for simple mistakes.”
– wsj.com

You can use form 2555-EZ to claim the Foreign Earned Income Exclusion if you are a US taxpayer who meets either the Physical Presence or Bona Fide resident test; your total income is less than the threshold (around $100,000) and contains no self-employment income; you are not claiming the Foreign Housing Exclusion or Deduction; the claim period coincides with a calendar year (rather than another 12 month period); and you have no business or moving expenses to declare. Otherwise, you should use form 2555.

If you have any questions or doubts regarding form 2555, form 2555-EZ, or your situation in general, we strongly recommend that you contact a US expat tax specialist for some advice, as everyone’s situation is unique.