I’m an American Expat Not Reporting Overseas Income – What Should I do? 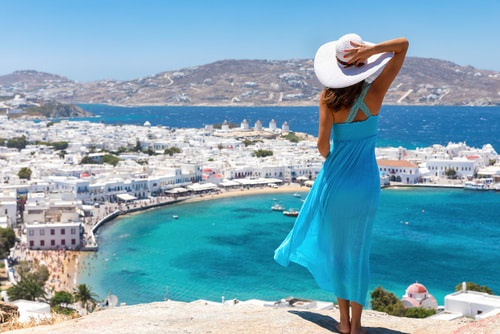 Living abroad can be the adventure of a lifetime. It takes courage, perseverance, and an ability to adapt and hopefully thrive in a foreign land far away from home. In other words, the same attributes that we honor in the early American pioneers. Living abroad also brings with it an extra, burdensome set of tax filing requirements.

Why the IRS has chosen to target ordinary Americans living abroad in particular is a mystery. To begin with, it seemed to be a consequence of pursuing egregious and purposeful tax evaders. As the years pass however and without any change in policy, we can only assume that they are blithely doing so.

The exact requirements for expats vary depending on one’s particular situation. The first and most important principle though is that all American citizens and green card holders that earn over $10,000 (or $400 if self employed) have to file a federal income tax return every year reporting their worldwide income, and potentially pay income tax on it, wherever in the world they live.

Beside form 1040, if US expats have assets (including property) abroad with a total value of $200,000 or more, they have to attach a form 8938 declaring their foreign assets. This is required by the Foreign Account Tax Compliance Act, so it is also known as FATCA reporting.

Expats with one or more bank accounts outside the United States containing a total of more than $10,000 at any time during the tax year also have to file FinCEN Form 114, also known as FBAR, the Foreign Bank Account Report. It’s also worth knowing that FATCA also requires foreign banks to report their American account holders’ account information to the IRS, so you can run but you can no longer hide.

Now for some good news

While US expats are required to file and pay tax on their worldwide income each year, there are a number of exemptions and exclusions that prevent you having to pay tax on the same income twice (i.e. to the IRS and to a foreign government). These include the Foreign Tax Credit, the Foreign Housing Allowance, and the Foreign Earned Income Exclusion. Which of these it is preferable to claim depends on your particular circumstances.

“FBAR filings have grown on average by 17% per year during the last five years , according to data from the Treasury Department’s Financial Crimes Enforcement Network (FinCen).” – Forbes.com

While any tax owed is still due by April 15th, expats get an automatic filing extension until June 15th. A further extension can be applied for until October 15th. FinCEN Form 114 meanwhile must be filed by June 30th in 2016, though from 2017 on it will need to be filed on the same dates as form 1040 (and form 8938 if applicable).

What happens though if you are an American expat but up until now you haven’t been reporting your overseas income? Thankfully, the IRS has an amnesty program called the Streamlined Procedure that allows expats who aren’t current with their filing to become compliant without being penalized nor unduly scrutinized. You have to file the last three returns (and pay any taxes due), along with your last six FBARs, and certify that your previous non-compliance was non-wilful.

Forbes recently reported that a record 1,163,229 expats filed FBARs last year, up 8% on 2014. That’s still just a small proportion of the estimated nine million Americans living abroad though. With the IRS now constantly collecting data from the foreign banks (now over 185,000!) reporting their American expat clients’ accounts, it’s advisable to start filing before they come to you, as penalties for not filing FBARs are harsh: a minimum of $10,000 if the IRS believes that your non-compliance was non-wilful, or a minimum of $100,000 if they believe that it was wilful.