IRS Taxes for US Citizens Married to a Non-Resident Alien 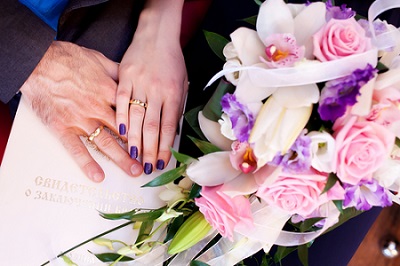 ‘Non-resident alien’ is the term that the IRS uses to describe foreigners who live abroad.

Many Americans marry non-resident aliens, perhaps having met them while travelling or working abroad. Many of these Americans then live abroad as expats after having married them.

American expats are still required to file US taxes every year, reporting their worldwide income. This is because the US taxes based on citizenship rather than on residence. In this article we look at the US filing requirements for American citizen expats married to foreigners (non-resident aliens).

American expats are required to file US taxes regardless of whether they are also filing foreign taxes in the country where they live, too.

So that expats don’t pay tax on the same income twice (or at least never more than the higher of the two countries’ tax rates), the IRS has made available some exemptions that expats can claim when they file, such as the Foreign Earned Income Exclusion, and the Foreign Tax Credit. Which is most beneficial depends on each expat’s circumstances, including their income types and levels, where their income is sourced, and the tax system in the country where they live.

“Generally, a U.S. citizen or resident alien who is married to a nonresident alien uses the married filing separately filing status.” – the IRS

Expat Americans may also have to report any foreign bank and investment accounts and financial assets they may have, annually.

From the IRS’ perspective, non-resident aliens are those foreigners who don’t have a green card and who live abroad.

US citizens married to a non-resident alien can decide whether to file jointly, separately, or as Head of Household, and they should take great care when deciding which option to elect, as each can be very much more or less beneficial financially, depending on an expat’s circumstances.

Electing ‘’Married filing separately’ on form 1040 means that an expat’s spouse will remain outside the US tax system.

This can be advantageous in many circumstances. For example, the spouse’s income won’t be subject to US taxation (although if it is they can also claim exemptions, so this may not be a deal breaker), and they also won’t be liable to future US capital gains, gift, or inheritance taxes. It also allows expats to gift wealth to their spouse over time to take it out of reach of the US taxman, or perhaps to gift half ownership in a foreign registered company, so taking the company out of US tax and reporting requirements.

The best strategy will also depend on the tax system in the country where an expat is living, too, as there’s no point gifting wealth to a spouse if it would then become liable to a higher, foreign rate of taxation.

Electing ‘Married filing jointly’ on form 1040 can also be advantageous for some expats, even though it brings their non-resident alien spouse into the net of US taxation.

For example, if an expat is the only earner, and will always be, filing jointly can allow them to apply double the standard deduction.

An expat filing jointly with a non-resident alien spouse will have to apply for an ITIN number for them
by submitting the Form W-7 to the IRS with the joint tax return.

Head of Household with a non-resident alien

Expats who pay at least half of their household’s living expenses and who have dependent children with US social security numbers can elect to file as ‘Head of Household’.

This option contains many of the benefits of both of the other options, as it leaves their non-resident alien spouse outside of the US tax system, while giving them a higher standard deduction.

Expats with children with US social security numbers can also claim the new US Child Tax Credit, which is worth a $2,000 US tax credit per year per child, or, if they already don’t owe US taxes due to having claimed the Foreign Tax Credit, they can receive a refundable $1,400 per child in the form of a cash payment.

Expats who need to file back taxes

Expats who need to file US back taxes because they weren’t aware of the obligation to file US tax es from abroad can catch up without facing any penalties by using an IRS amnesty program called the Streamlined Procedure, so long as they do so voluntarily before the IRS contacts them about it.