What is the Relief Procedures for Certain Former Citizens? 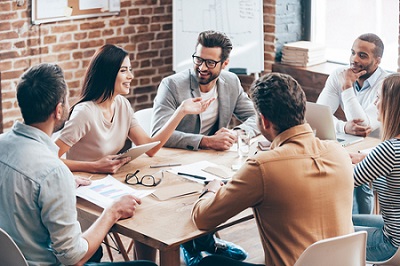 The IRS Relief Procedures for Certain Former Citizens was introduced in September 2019 to allow certain Americans to renounce their US citizenship without facing back taxes and penalties.

The particular group the program was aimed at is known as ‘Accidental Americans’, meaning people who have the right to US citizenship through birth but who have always lived abroad.

Many such people have struggled to obtain banking and other financial services in their country of residence over the last few years, due to the FATCA law and their nominal US citizenship.

To renounce US citizenship however, you have to be up to date with your US tax filing, which, if you’ve never filed before, can mean facing penalties and back taxes for previous non-compliance, before you can renounce.

The program seeks to provide a way to redress this seeming Catch 22.

In contrast, most countries only tax their residents, or non-residents’ income if sourced in the country.

When Americans living abroad file their US taxes, they can claim IRS provisions such as the Foreign Tax Credit and the Foreign Earned Income Exclusion to avoid double taxation, however they still have to file a US tax return every year to claim these provisions.

Who is the IRS Relief Procedures for Certain Former Citizens for?

“Under the Relief Procedures for Certain Former Citizens, the IRS is providing an alternative means for satisfying the tax compliance certification process for citizens who expatriate after March 18, 2010.” – the IRS

The IRS Relief Procedures for Certain Former Citizens is only meant for a certain group of people, namely:

– And has a net worth of less than $2 million

– And has an overall tax liability of less than $25,000 a year for the five tax years prior to expatriating and in the year of expatriation.

– And has an average annual net income tax liability after credits for the 5 years ending before the year of expatriation below an annually adjusted threshold ($171,000 for 2020).

– And hasn’t been filing their US tax returns because they weren’t aware of or didn’t fully understand the requirement, rather than having been intentionally avoiding their responsibilities.

As mentioned above, most Americans living abroad can claim IRS provisions when they file that reduce the US tax bill often to zero, so the above annual tax liability criteria won’t be so relevant for most applicants.

This means that the group the program is useful for is Accidental Americans with a net worth of less than $2m, as other Americans who seek to renounce US citizenship are most often those with a high net worth.

How does the IRS Relief Procedures for Certain Former Citizens work?

To qualify under the program, Americans must meet the following criteria:

– They renounced their US citizenship since March 18 2010, or wish to now

– They must file their last six US tax returns

– They must provide a non-willfulness statement certifying that they weren’t previously intentionally avoiding their responsibilities.

They should also file their last 6 Foreign Bank Account Reports (FBARs), for each year in which the combined balances of any foreign financial accounts they have signatory authority of control over exceeded $10,000 at any point, to avoid missed FBAR penalties.

They will then avoid all penalties, and, for most people, back taxes too, however they will still be liable to pay a $2,350 renunciation fee.

Is the IRS Relief Procedures for Certain Former Citizens the best option to achieve compliance?

For Accidental Americans who have never filed before and who have a net worth of below $2m who want to be completely free of their US liabilities, the IRS Relief Procedures for Certain Former Citizens is a good option.

For most Americans living abroad who are behind with their US tax filing, there are other IRS amnesty programs that may be more appropriate, such as the Streamlined Procedures. Renouncing is a serious decision, and it is irreversible.

Dealing with US taxes from abroad is complex, and it’s always beneficial to seek help from a specialist.