How Can US Expats Reduce Their IRS Federal Taxes? 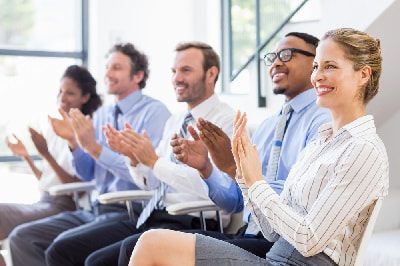 All Americans, including expats, are required to file US taxes, reporting their worldwide income. Many expats aren’t aware of this though, and when they find out they often feel shocked. The good news though is that while expats still have to file, there are several ways that they can reduce their federal taxes, often to zero, and avoid double taxation if they are paying taxes in their host country too. In this article we look at some of the specific ways that expats can reduce their US federal taxes.

Some expats think that because they live abroad, they don’t have to file, or that the IRS isn’t aware of them. Since FATCA (the 2010 Foreign Account Tax Compliance Act) though, the IRS is receiving information from almost all foreign banks and governments about US expats’ finances, so they know who should be filing. Penalties for not filing can be very steep, and when the IRS estimates that back taxes and penalties exceed $50,000 they can revoke expats’ US passports. So not filing is not a sensible way for expats to reduce or avoid federal taxes (in fact quite the opposite, as it can prove far more costly).

Thankfully however, expats who haven’t been contacted by the IRS yet can catch up without paying back taxes or penalties.

Expats who are just one or two years behind with their federal tax filing can simply back file these returns to get compliant.

Expats who are three or more years behind meanwhile can consider catching up using the Streamlined Procedure IRS amnesty program.

Expats should also be aware that there are further filing requirements that affect many Americans living abroad, such as filing an FBAR (Foreign Bank Account Report), non-compliance for which can be very expensive.

“If you are a U.S. citizen or resident alien residing overseas, you are allowed an automatic 2-month extension to file your return and pay any amount due without requesting an extension.” – the IRS

Claiming the Foreign Earned Income Exclusion allows expats to exclude the first around $100,000 of their earned income from US federal tax liability. Any earned income can be excluded, whether from employment or self-employment.

To claim the Foreign Earned Income Exclusion, expats must provide proof that they are either a permanent resident in another country, or that they spent at least 330 days outside the US in the tax year.

Expats can claim the Foreign Earned Income Exclusion by filing form 2555 with their federal tax return.

Expats who pay foreign taxes may be better off claiming the Foreign Tax Credit, which gives a $1 US tax credit for every dollar of tax already paid abroad. If the expat has paid more tax abroad than they owe to Uncle Sam, they can carry forward the excess credits to use in the future.

Expats can claim the Foreign Tax Credit by filing form 1116 with their federal tax return.

Taxes for expats are typically more complex than for Americans living stateside, so if you have any questions or doubts about your situation, our number one money saving tip is to consult an expat tax specialist, as in all likelihood they will save you more money than they charge.