The New Saudi Expat Tax – What US Expats Need To Know 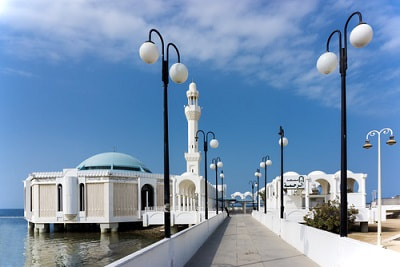 Saudi Arabia has had a tax for companies who employ more expats than Saudis for several years. Starting this month however, the tax is being extended to include all companies who employ expats, while a new expat tax has also been introduced for expat employees who have dependents in the country. In this article we will look more closely at the new tax for American expats living in Saudi Arabia.

Why has the new Saudi expat tax been introduced?

Saudi Arabia has for decades relied on taxing oil and gas companies’ profits for revenue, rather than imposing direct taxes on its residents. The oil price collapse since 2014 however has meant the Saudi government is now running a deficit for the first time, and with the advances in renewable energy and shale extraction technology meaning that oil prices may never recover, the Saudis have had to face up to the fact that they need new ways of raising revenue. In response to this they have made a plan intended to balance their books by 2020, and at the heart of this plan is introducing the expat tax as well as VAT and taxes on alcohol and tobacco.

When does it start?

The new Saudi Arabian expat tax comes into effect this month, however it starts at a low rate before increasing each year until it reaches the full intended long term rate in 2020.

How much is it?

“It is estimated that the expat fees alone will generate 65 billion Saudi riyals for the kingdom by 2020. Saudi Arabia has also considered collecting VAT and excise tax on tobacco and drinks to boost its revenues amid weak oil prices.” – Gulf News Money

What about other Saudi taxes?

As mentioned, Saudi Arabia doesn’t currently have an income tax, however there are taxes on individuals for services provided, and on corporate derived income such as dividends. For most expats though, the new expat tax represents a first direct charge.

What will be the impact of the new tax on US expats?

Most Americans living in Saudi Arabia work either in or supporting the military, or in the oil and gas industry, and due to the often generous salaries in these industries they will find the new tax a relatively small charge compared to an income tax. It does however represent a new cost that must be considered by both expats and would-be expats in Saudi Arabia when looking at their employment and remuneration packages.

US expats are required to continue filing US taxes from overseas too, and while the IRS offers several exclusions that enable US expats to avoid double taxation on the same income, as the new Saudi expat tax isn’t an income tax it won’t qualify for these, leaving Americans living in Saudi Arabia liable to pay US taxes on their income (after the first around $100,000, which can be excluded under the Foreign Earned Income Exclusion for those expats who qualify) as well as the new Saudi expat tax.

American expats in Saudi Arabia who weren’t aware that they had to file US taxes can catch up without facing penalties using the IRS Streamlined Procedure amnesty program. Americans living in Saudi Arabia may also have to file an annual FBAR to report their foreign bank and investment accounts.