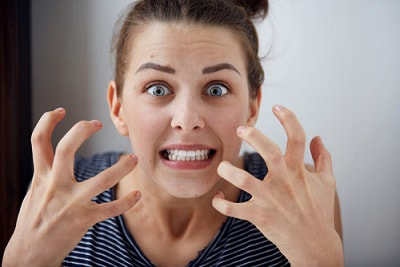 In the States, the customer is King (or Queen). And that’s how it should be of course. If someone wants your business, they should be very nice to you, otherwise you’ll take your business elsewhere. For some reason though, in many other countries shopkeepers and customer service representatives don’t seem to have the hang of this simple fact, and they either appear to think that they have an inalienable right to our business, or they don’t care at all.

In many cases, you can simply walk away of course if faced by a rude or unhelpful customer service person, however in some cases you are stuck with them, such as with banks or utility companies perhaps. On the plus side, at least we get to cultivate an advanced level of patience -an essential expat skill – when we encounter these situations.

To be fair we probably harbor a few cultural stereotypes ourselves, in particular with regard to our neighboring countries. Probably all countries do. However stereotypes of Americans seem to encompass the whole world. This is presumably because our culture has permeated the globe through music, TV, and movies, so we should be proud. However it can get a little tiresome when you keep meeting people who assume you are a certain way, perhaps arrogant, insensitive, gun-obsessive, a junk-food addict etc. The silver lining though is that as expats we have the opportunity to reshape people’s cultural perceptions of us, while also re-examining the way that we look at other cultures and nations. (Are all Brits really stuck-up? Are all Germans really beer-swilling car engineers?)

3 – Difficulty tracking down essential US products

This one very much depends on where in the world you are. If you’re in Vancouver, Sydney, or London for example, you probably won’t have too many problems. If you’re in Mongolia, Tajikistan, or Ethiopia on the other hand, you most likely will.

“Younger expatriates have fewer problems with learning the local language, but have a harder time making friends and settling the practical issues of their move.”
– justlanded.com

Most countries are somewhere between these two extremes in this respect, so you’ll probably be able to watch some American TV and movies, and grab some American fast food if the desire takes you, but it’s the other, smaller things that prove trickier. A simple jar of peanut butter. A Hershey bar. Cheddar cheese. Cream Cheese. For some reason it’s often the small things we miss most when living abroad.

Why are so many other countries so bureaucratic? Surely it’s obvious that the less bureaucracy you have to deal with, the more time you have to get on with other things. Namely your life.

My personal theory is that too much bureaucracy is the unintended consequence of a misguided attempt an incompetent government made at some point in the past to employ too many people. You then have to find them all something to do, which ends up cluttering up the rest of the population’s lives with unnecessary, inefficient bureaucracy. Future governments don’t have the courage to fire them all and streamline the system, so that’s the way it stays.

Why is the US about the only country in the world that makes its citizens file (and sometimes) pay taxes if you’re living abroad? Not only do expats often have to file twice as a result (in their country of residence as well as US taxes), but filing US expat taxes is more complex than filing when you live in the States, due to the extra expat filing requirements. Worse news, the penalties for not filing or for incorrect or incomplete filing are outrageous, and the IRS now has access to our foreign banking and tax information. So we’re stuck with it. The good news though is that the IRS has an amnesty program called the Streamlined Procedure for Americans abroad who didn’t know that they had to file.