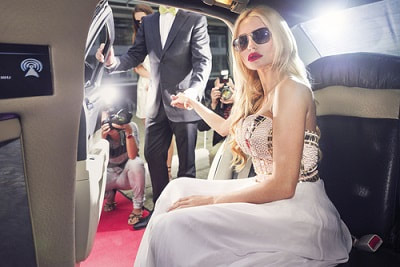 While Political Correctness might have started out aiming to prevent offence, it got lost, with some people now able to find offence in almost anything.

What happened to freedom of speech? Worse still, you have to constantly keep up, as a word that replaced another word that had become offensive becomes offensive itself sometimes almost overnight. It’s a minefield, and it’s a minefield that most of the world wisely avoids.

A European might say we’re compensating for not having an aristocracy, and while that’s clearly nonsense (why would we want one?), we probably have gone a little far with our fixation on celebrities. What they wear, what they eat, how they exercise – their news becomes our news, so much so that we sometimes almost feel like we know them. Only we don’t.

We don’t all eat junk food all the time, but clearly a lot of us do, or there wouldn’t be so many outlets. Burgers, chicken, pizza, hot dogs, cheese dogs, tacos, wraps, all cheap, filling, quick, and readily available. The problem is that they never quite satisfy. The other problem is that they’re incredibly unhealthy. It doesn’t take long living abroad though to find out that food can be inexpensive but also fresh and nutritious, and that eating slowly with others is in fact one of life’s great pleasures.

Five – Politicians that feel the need to be folksy

Presumably politicians seeking election suddenly come over folksy to disguise the fact that they’re really power hungry tyrants who don’t give two hoots about the voters who elect them. The problem is that they all do it, and we know they’re doing it, and they know that we know, but it still doesn’t stop them doing it. In no other profession would you trust someone who was going all out trying to appear to be like you. A dentist? Weird. A surgeon? Worrying. A lawyer? Walk away.

Five and a Half – Getting an Annual Tax ‘Refund’

Many Americans living Stateside think that when they file their tax return every year they get a gift back from Uncle Sam in the form of a ‘refund’. This is in reality nonsense. The only monies you are refunded are those that you have ‘loaned’ to the US through payroll withholding tax. It was your money in the first place! Smart Americans living overseas know that the best scenario is a break even scenario – no monies owed and none received. Not sure how to accomplish this? Bright!Tax can show you how.