US Expat Taxes For Accidental Americans – What You Need to Know 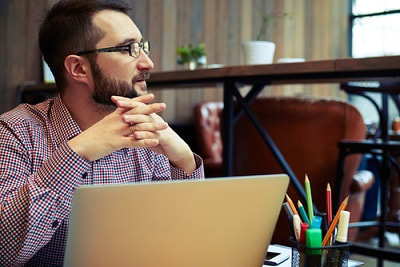 An Accidental American is typically either someone who was born in the US to foreign parents who were there there just temporarily, or someone who is the child of an American living abroad.

The first scenario is straightforward. If you are born in America, you are a US citizen. No ifs, no buts. The second scenario can be more complex though.

Someone who is born abroad to two US citizen parents, either of whom has ever been a resident in the US, is an American citizen. Former presidential hopeful Ted Cruz, for example.

So in theory, if you had one American grandparent who lived in the US until they were 18 then moved abroad and married a non-US citizen, then their child (your parent) studied or worked in the US for 5 years despite never claiming a US passport, before marrying anon-US citizen, you would be a US citizen too. In fact in theory citizenship could be passed down through several generations this way.

So I’m an American citizen. So what?

Issues arise for Accidental Americans, who often have neither claimed a US passport, nor knew they could, because the US employs citizenship-based rather than residence based taxation.

This means that all US citizens are liable to report their worldwide income to the IRS wherever in the world they live. They may also be liable to pay tax on it (unless they claim one or more exemptions which may be available depending on their circumstances).

As such, people who suddenly discover that they are American citizens often then realize that they are not compliant with US tax filing requirements, and may be pursued for back taxes and fines too.

The IRS has global reach. Almost all foreign banks are compelled to report US citizen account holders to the IRS to be able to trade in US financial markets without incurring penalties. As such, if a bank realizes that you were born in the US, which may appear on your passport, it will either report you to the IRS, or alternatively it may refuse to let you open or continue to have a bank account, to avoid costs relating to IRS compliance.

Furthermore, renouncing US citizenship isn’t possible until you are up to date on your US taxes, and even then it costs $2,350, so it’s an expensive proposition.

OK. So what should I do about it?

The good news however is that there is an amnesty program called the Streamlined Procedure that allows you to become compliant without paying any fines so long as you weren’t previously aware that you were liable to pay US tax (and so weren’t willfully evading US taxes).

You simply have to file the last three years of US tax returns declaring your worldwide income, and file the last five years of FBARs, reporting your foreign financial accounts if they contained an aggregate (or combined total) balance of over $10,000 at any time in the tax year.

If the IRS finds you though, perhaps thanks to your bank, before you claim this amnesty program, it probably won’t be available, along with exclusions such as the Foreign Earned Income Exclusion that could eliminate your US tax liability in any case. (Even if you have no liability, note that there are penalties for not filing).

One important point to make is that the 2016 federal budget includes a proposal to allow some Accidental Americans exemption from US tax. If passed, the requirements for exemption are very specific though.

Lastly, if you are an Accidental American and would like to become compliant, we strongly recommend that you contact a US expat tax expert, as tax compliance for Americans living abroad is a complex and specialist area.