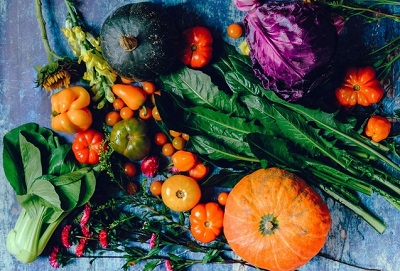 The Bright!Tax team wishes all US expats around the world a very Happy 2019 Thanksgiving!

Thanksgiving abroad as an expat can be an unusual experience, celebrating in a place where few other people celebrate and often without access to the traditional ingredients.

As expats though, we have a lot to be thankful for. Being an expat is a remarkable experience, after all. The new friends we make, the places we explore, the different cultures we encounter, and the foreign languages and customs we discover all broaden our minds and horizons in a way folks who never live abroad don’t fully understand.

So as expats, we should definitely celebrate Thanksgiving. In many ways expat have more in common with the early settlers who first celebrated Thanksgiving anyway; America was ‘abroad’ for them too at the time, after all.

Some expats invite family members from the US, or have family abroad already, but most celebrate Thanksgiving abroad with friends, whether fellow Americans or foreigners. Think too of our hundreds of thousands of military personal abroad, many of whom celebrate despite being in war zones.

One of the golden rules about celebrating Thanksgiving abroad is to be adaptable. It’s not going to be exactly the same as back home, so be prepared to improvise.

For example, if you can’t get hold of the traditional Thanksgiving foods, it shouldn’t matter.

“We look forward to continuing to take the hassle out of filing US taxes from overseas and letting expats concentrate on enjoying the remarkable experience of living abroad.” – Greg Dewald, Bright!Tax Founder and CEO

Thanksgiving is about giving thanks, and the early settlers only started eating the foods we think of as traditional Thanksgiving foods because they happened to be the local foods that were available.

That said, with a bit of searching and planning, traditional Thanksgiving foods can often be obtained in many places where expats live, whether imported or from niche producers. But don’t leave it until the last minute if you want a turkey in Mexico!

Another fun aspect of celebrating Thanksgiving abroad is introducing non-Americans to the concept. They may be baffled, even sceptical at first, but most end up enjoying and embracing the occasion.

Celebrating Thanksgiving abroad with new friends and different foods can often give birth to new traditions, revitalizing the holiday. Many expats even end up taking the new traditions that they established as expats with them back home to the US later on.

It’s important for expat parents to introduce their children, who may have been born and be growing up abroad, to Thanksgiving too.

As 2019 draws to a close and we look forward to the holidays, it’s also worth doing a little year-end financial housekeeping to make tax filing easier next year.

This might involve some year-end tax planning, and most importantly ensuring that the necessary paperwork is ready, including proof of income, and often foreign financial account statements too, to make filing a breeze after New Year.

At Bright!Tax, we would like to thank all of our expat clients for choosing us to help them file their US taxes from abroad. We hope we succeeded in taking the burden off of them in 2019, and we wish them all, and indeed all Americans living abroad, a very happy Thanksgiving and 2019 holiday season, and a prosperous 2020.