Will Prince Harry and Meghan Markle’s Baby Have to Pay U.S. Taxes? 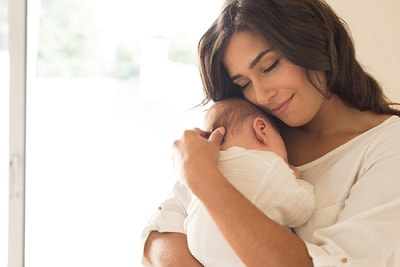 The news was well received across America, a welcome piece of good news in an otherwise politically charged news cycle

An unusual subplot to the story though is that the new British prince, when he is born, may become subject to U.S. tax filing requirements.

How can a British royal be subject to U.S. tax filing requirements?

The U.S. has an unusual taxation system dating back to the Civil War that taxes based on citizenship rather than residence.

This means that U.S. citizens (and green card holders) are required to file U.S. taxes, reporting their worldwide income, wherever in the world they may live. In contrast, almost every other country taxes based either on residence, so that only residents of the country file taxes, or on territory, so only income generated in the country must be reported.

Furthermore, filing U.S. taxes from abroad is often more complex than filing from within the States, and particularly for expats with foreign bank and investment accounts and assets, as the new British royal will almost certainly have at some point.

“For many Americans, the news on Monday morning that Meghan Markle was expecting a royal baby came as a welcome injection of delight into the depressing drumbeat of politics and animosity that normally fills the nation’s news feeds.” – the NY Times

For example, any American with over $10,000 in foreign financial accounts, including bank and investment accounts, and including any accounts that they have any control over or benefit from even if not in their name (e.g. trust investment accounts, or corporate bank accounts), must report all their foreign accounts by filing a Foreign Bank Account Report, or FBAR, each year.

Expats with over $200,000 of foreign financial assets meanwhile are required to file form 8938 alongside their federal tax return. Owning (or benefiting from) foreign registered trusts and corporations also triggers complex filing requirements.

To offset foreign (in this case British) taxes meanwhile, Americans living abroad have to actively claim one or more IRS exemptions when they file, such as the Foreign Tax Credit, or the Foreign Earned Income Exclusion.

Will this really apply to a British Royal though?

The situation for the new baby prince isn’t straightforward. It’s feasible that Princess Meghan Markle will renounce her U.S. citizenship at some point herself, to end her own U.S. tax obligations, however it has been reported that it will take several years for her to obtain U.K. citizenship, which she must do first.

This means that her baby, due in Spring 2019, will definitely be a U.S. citizen. Furthermore, Princess Meghan will have to pay a substantial U.S. Exit Tax which is based on the capital gain on all her assets on the day that she expatriates. (Let’s just hope that she doesn’t accidentally check ‘married filing jointly’ on her U.S. tax return first, which would drag Prince Harry into the U.S. tax net too!)

It’s not just British Royals who get caught in the U.S. tax trap

Millions of babies have been born abroad to an American parent, many of whom aren’t even aware of their U.S. citizenship. These children are sometimes referred to as ‘Accidental Americans’. While for many the issue of U.S. taxation may never arise, for many others it will, as if they ever visit the U.S. they will be asked their parents’ names, at which point Uncle Sam will figure out who they are and make them aware of their U.S. citizenship and related tax obligations.

The IRS is aware that many Americans living abroad aren’t compliant with their U.S. tax filing obligations because they weren’t aware of the rules requiring them to file from abroad.

For this reason, the IRS introduced an amnesty program called the Streamlined Procedure that allows expats to catch up without facing any penalties, while still claiming the exemptions that allow most expats not to owe any U.S. taxes.