What is the Best US Expat Tax Deduction? 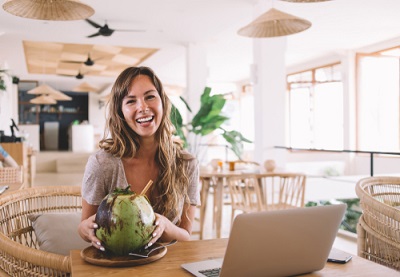 The US taxes all American citizens on their worldwide income, including Americans living abroad.

For American expats, this requirement to file from overseas can create significant headaches. These include, for many expats: currency conversions, having to file foreign and US taxes and so risking double taxation, and difficulties accessing local banking and other financial services abroad (as foreign banks can be hesitant to take on American clients, whom they have to report to the US government).

Thankfully, while all Americans who meet IRS minimum income thresholds (which start at just $5 for many expats married to a foreigner) have to file, expats can access and claim all the same tax deductions as Americans filing in the States.

In fact, they can claim more, as some deductions, credits, and exclusions are specifically intended to benefit Americans abroad. In this article we look at some of the best expat tax deductions.

For Americans who pay a higher rate of foreign income tax in the country where they live, claiming this single provision can eradicate their US tax bill entirely.

The US Child Tax Credit

There’s more good news for US expat parents who claim the Foreign Tax Credit, as they can also claim the Child Tax Credit on Form 1040.

The Child Tax Credit is worth a $2,000 US tax credit (for 2020) per dependent child under age 17 who has a US social security number. However, expats who have already eradicated their US tax bill using the Foreign Tax Credit receive a $1,400 tax refund per child instead.

“Several new tax benefits took effect for 2020, too – such as a $300 tax break for charitable contributions if you don’t itemize” – US News

Furthermore, these figures are rising for the 2021 tax year to $3,000 per child, all of which is refundable.

The Foreign Earned Income Exclusion allows expats an alternative way of reducing their US tax bill.

Expats who claim the Foreign Earned Income Exclusion, who rent a home abroad, and who earn more than the maximum FEIE excludable income amount can also claim the Foreign Housing Exclusion on Form 2555. The Foreign Housing Exclusion lets them further exclude a proportion of their housing rental expenses from US tax. The exact amount depends on where they live, and how much their rental expenses are.

What are the best deductions for expats?

The majority of Americans living abroad eradicate their US tax bill using either the Foreign Tax Credit or the Foreign Earned Income Exclusion. Those who do however may be eligible to claim some other deductions, depending on their circumstances. In general, expats can claim the same deductions as Americans living in the US. These include:

There are also a range of deductions available for self-employed or freelancer expats.

Other IRS tax credits available to expats include:

Filing from abroad is more complex than filing from the States, especially ensuring that you are filing in the most beneficial way possible given your personal and financial situation.

Aside from filing US taxes, there are also additional US reporting requirements relating to foreign registered bank accounts, investments, and business interests.

Working with an expat tax specialist gives you the reassurance of knowing that you will not only fulfill all the legal requirements, but that you will file to your optimum benefit.

Americans living abroad who are behind with their US tax filing and reporting can often catch up without facing penalties under an IRS amnesty program called the Streamlined Procedure.