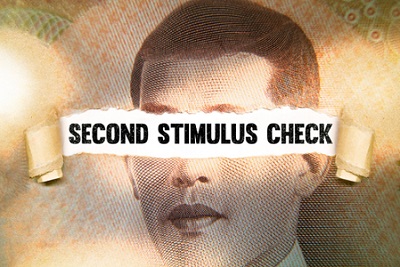 10/12/2020 – Update: A second stimulus check was expected to be approved before the Senate’s summer recess, however this deadline came and went without agreement. Senators returned on September 8th, and discussions began again. While both parties as well as the executive are in favor of approving a second stimulus payment, the inevitable haggling over details of wider relief measures as well as political posturing in the run up to the election are still preventing agreement on an overall package. As of today, negotiations are ongoing.

This week, the Republicans announced a new stimulus plan called the HEALS (Health, Economic Assistance, Liability Protection, and Schools) Act. The plan contains a provision for a second round of stimulus checks. Once again, expats will receive the new checks just like Americans living in the US.

The HEALS Act is more modest in scope than a plan the Democrats proposed last month (the HEROES Act), and now the two parties have to negotiate to find a compromise that can be passed. Both plans contained a second round of stimulus checks though, so they are all but certain.

How much will a second stimulus check for expats be worth?

In the HEALS Act, the second stimulus check will be worth the same as the first one, and based on the same income thresholds. This means a maximum of $1,200 for expats with gross adjusted income up to $75,000 per person (so $150,000 for a couple filing jointly, who will receive $2,400, assuming both have a US social security number). After these thresholds the amount of the stimulus check is reduced by $5 for every $100 of additional income until it hits zero at $99,000 ($198,000 for married couples filing jointly).

Note that gross adjusted income is income after adjustments, including applying the Foreign Earned Income Exclusion, so expats who earn over the thresholds but claim the FEIE will still qualify for the full stimulus check.

Which expats will receive a second stimulus check?

In general, all Americans, including expats, will receive a second stimulus check if they are up to date with their US tax filing and their income is within the thresholds.

Expats who aren’t up to date with their US taxes should take steps to catch up as soon as possible to qualify. Most of these expats can catch up under an IRS amnesty program called the Streamlined Procedure.

The HEALS Act includes the provision for Americans abroad with dependent children who have US social security numbers receive an extra $500 per child.

“The House of Representatives is set to go out on recess on July 31, but House Speaker Nancy Pelosi has said she is willing to delay the recess to pass another coronavirus stimulus package.” – Forbes

The HEALS Act includes not just dependents under age 17 like the first round of stimulus checks, but all dependents, such as elderly relatives and college age children. So some expats will receive a bigger stimulus check than they did earlier in the year.

The HEALS Act, unlike the Democrats’ proposal, doesn’t contain the provision for expats married to a foreign individual who doesn’t have a US social security number to receive the spouse part of the stimulus check.

Furthermore, expats married to a foreigner who doesn’t have a US social security number who elect to file ‘married filing jointly’ on Form 1040, aren’t due to receive any stimulus check again.

When will expats receive a second stimulus check?

The Senate is due to go on recess on August 7th, so the assumption is that a new stimulus package will be agreed by then, as both parties understand that many Americans need the money without further delay.

Assuming so, as the IRS is geared up and ready to distribute checks this time, the first checks should go out in August.

If the details of the new stimulus package can’t be agreed before recess, the whole process will be delayed until September.

How will expats receive a second stimulus check?

Similarly to the first round, expats will receive their second stimulus check as a direct payment to their US bank account if they have one and the IRS has their bank details. Otherwise, the IRS will mail them a prepaid debit card or a check to the address on their 2019 (or 2018, if they haven’t filed 2019 yet) tax return.

Will it be the last stimulus check?

It has been reported that there may be a third round of stimulus checks in the fall. It’s election year, after all.

2020 US Election Update for Expats