How to File US Taxes Overseas 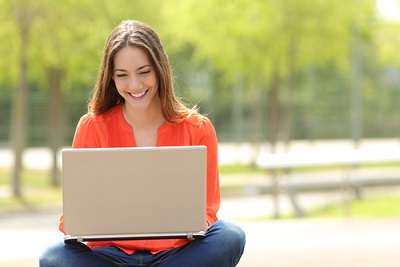 Filing US taxes overseas is typically necessary for all Americans who live outside the United States around the world. This is because the US taxes its citizens on their worldwide income, wherever in the world they may live.

Unfortunately, international tax treaties don’t mitigate the requirement for American expats to file from overseas, even if they have to file foreign taxes too.

Filing US taxes from overseas is more complicated than filing from the States, as there are extra forms to file to avoid double taxation, currency conversions to factor in, and often additional reporting requirements relating to foreign registered bank accounts, investments, and businesses.

In this article we’ll look at how to file US taxesfor Americans living abroad.

Do I definitely have to file from overseas?

If your global income (including income received in foreign currencies converted into US dollars) exceeds the minimum IRS thresholds in a year, then the answer is yes.

The minimum threshold for an individual in 2021 is $12,550, however if you are married but file separately from a foreigner, then the threshold is just $5. You must also file if you have just $400 of self-employment income.

If you live overseas, you get an automatic two month filing extension until June 15 to give you time to file your foreign taxes (if you have to) first. If you need more time still, you can request an additional extension using Form 4868.

If you have to file foreign income taxes in the country where you live, then most often the best way to avoid double taxation is to claim the US Foreign Tax Credit by filing IRS Form 1116 when you file your federal tax return.

The Foreign Tax Credit gives you US tax credits equal to the foreign income taxes that you’ve paid.

“There are many misconceptions about filing and paying taxes in the United States when living and working abroad.” – Expatica

For most expats who live in countries with higher income tax rates than the US, this gives more US tax credits than you need, and you can carry the credits you don’t need forward to use further down the line.

For example, if you have US-sourced income from rents or if you spent time working in the US during the year, you may have to claim foreign tax credits in your country of residence, as you may have to pay tax on this income that will not already have been taxed in your foreign jurisdiction.

Furthermore, for expats who don’t live in one single foreign country and pay foreign income taxes there (such as many Digital Nomads), you may be able to claim the Foreign Earned Income Exclusion on IRS Form 2555, which allows you to exclude the first $108,700 of your income from US tax.

There can in fact be multiple options, so it’s worth seeking advice from an expat tax specialist to ensure you realize your best outcome when filing from overseas.

When filing from abroad, you may also have to report your foreign registered bank and investment accounts.

If the total value of the combined balances of all your foreign registered financial accounts exceeds $10,000 in a year, then you have to report them by filing a Foreign Bank Account (FBAR). A word of warning: the IRS is receiving the same information directly from foreign banks and investment firms, and penalties for missed or incomplete FBAR filing start at $10,000 a year, so it’s important not to neglect this reporting requirement.

Americans who work for a US employer or who are self-employed overseas have to pay US social security taxes.

Neither claiming the Foreign Tax Credit nor the Foreign Earned Income Exclusion changes or reduces this. However, the US does have double social security taxation treaties called Totalization Agreements with 27 other countries that can exempt expats from paying SS taxes to the US.

Some American expats have to file US State taxes from overseas.

Whether you do or not depends on the rules in the State where you last lived; however, most often the State will look at what ties you’ve retained in the State and whether you intend to return. Advice from a tax professional is highly encouraged in this area.

Unfortunately, the IRS doesn’t accept not knowing that you had to file from overseas as a valid reason not to file. However, there is a voluntary amnesty program that allows you to catch up without facing penalties as long as the IRS hasn’t contacted you about it yet. The program is called the Streamlined Procedure, and it requires that you file your last three years’ missed filings and last six years’ FBARs – if required – along with a self-certification statement stating why you didn’t file on time.