IRS Tax Forms For US Expats – Everything You Need to Know 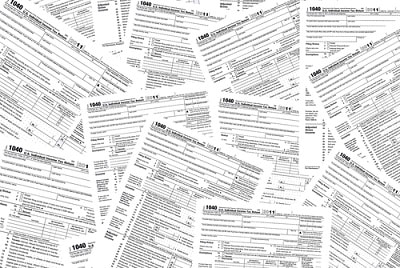 To avoid having to pay U.S. taxes, expats must claim one or more exemptions that the IRS has made available for them, such as the Foreign Earned Income Exclusion and the Foreign Tax Credit by filing additional forms. Expats may also have to report their foreign bank accounts and investments, business interests, and assets.

This means that expats often have to file more forms that Americans living Stateside.

Here are the most common forms that U.S. expats may have to file.

American expats are required to report their worldwide income on form 1040 just as if they were living in the States.

If they earn income in a foreign currency, they can use any recognized exchange rate when they file, so long as that they consistently use the same exchange rate source.

Expats should note that form 1040 is changing: from January 2019, it will be a smaller, post card sized form, with some fields now moved onto separate schedule forms.

This takes expats who earn less than this threshold out of U.S. tax liability all together, regardless whether they’re paying foreign taxes abroad or not. Expats who earn a little over the threshold and who rent their home abroad can also exclude more of their income by claiming the Foreign Housing Exclusion, also on form 2555.

“If you are a U.S. citizen or resident alien, the rules for filing income, estate, and gift tax returns are generally the same whether you are in the United States or abroad. Your worldwide income is subject to U.S. income tax, regardless of where you reside.” – the IRS

On form 2555, expats must prove that they live abroad by either proving that they spent 330 days outside the U.S. in a 365 day period that overlaps with the tax year, or that they are a permanent resident in another country.

Expats whose income is passive, for example from rents or investments, and who pay foreign taxes on their income will also want to claim the Foreign Tax Credit, as passive income can’t be excluded using the Foreign Earned Income Exclusion.

FinCEN form 114 is used by expats who have a combined total of over $10,000 in foreign financial accounts (including bank and investment accounts) at any time during a year to report all their foreign accounts.

FinCEN form 114 is filed online, and it requires expats to disclose the details of the firm the account is held at, along with the account number and maximum balance during the year.

Expats should be aware that most foreign banks and investment firms are also providing this information to the IRS directly, so they are able to check the information that expats provide.

FinCEN form 114 is also known as an FBAR (Foreign Bank Account Report), and there is no additional tax obligation relating to it, it is simply for informational purposes. Penalties for not filing an FBAR or for incorrect or incomplete filing are high though, starting at $10,000 if the mistake is unintentional, so this is definitely a form not to be neglected

Other IRS tax forms for expats

Form 8833 – for expats who wish to claim a provision from a tax treaty (in practice, this is fairly rare)

Form 5471 – for expats with a share in a foreign registered corporation. Most expat entrepreneurs and business owners file this form.

Form 14653 – Expats who are behind with their U.S. tax (and/or FBAR) filing can catch up without facing any penalties and while claiming the exemptions that reduce or eliminate their U.S. tax liability under an IRS amnesty program called the Streamlined Procedure. To qualify, expats must file their last three federal returns, their last six FBARs (as necessary), and self-certify that their previous non-compliance wasn’t willful evasion on form 14653.