Self Employment and Social Security Taxes – What US Expats Must Know 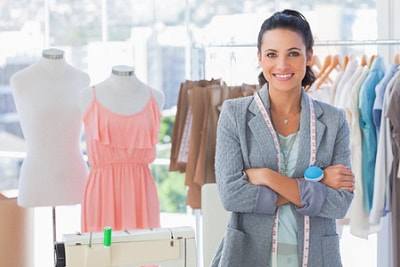 All American citizens (and green card holders), including expats, are required to file US taxes every year, reporting their worldwide income.

To ensure that expats don’t pay taxes twice on the same income, the IRS has provided several exemptions that expats can claim when they file. Which exemption is most beneficial to claim depends on the expats circumstances, but most expats either claim the Foreign Earned Income Exclusion …

… which allows them to simply exclude the first around $100,000 of their earned income from US taxation so long as they can prove they meet the IRS tests for living abroad, or the Foreign Tax Credit, which allows them to claim US tax credits against foreign taxes already paid abroad.

So US expats are subject to US taxation on their worldwide income unless and until they claim one or more IRS exemptions when they file their US tax return.

Expats often have additional US filing requirements too, such as reporting any foreign bank and investment accounts they may have by filing an FBAR (Foreign Bank Account Report.

What about self-employment and social security taxes?

Many US expats are also still liable to pay US social security taxes, including those expats who work for an American employer (or who signed their employment contract in the US), and those who are self-employed. This means some expats face having to pay both US and foreign social security taxes.

Expats working for a US employer who don’t live in one of these 26 countries though may be required to pay both.

Self-employed expats meanwhile are required to pay the Self Employment Social Security tax, which amounts to the equivalent of both employers and employees taxes, a total of 15.3%. So while self-employed expats can still claim IRS exemptions when they file to reduce or eliminate US income tax on their worldwide income, they still face a 15.3% US social security tax.

There are possible ways around it, but none is simple. For example, expats working for a foreign company are exempt from paying US social security taxes, so some self-employed expats choose to incorporate abroad (i.e create a foreign corporation and become an employee of the new corporation).

Expats with foreign corporations are subject to additional US filing requirements though, and also potentially to US corporation taxes (though again, tax credits may be available). Another consideration is that not paying US social security taxes may impact an expat’s future ability to receive social security payments in retirement (a minimum of 40 quarterly payments are required for this). So whether it is worth it or not will depend on each expat’s circumstances as well as their future plans.

Catching up with US tax filing

US expats who haven’t been filing US taxes because they weren’t aware of the requirement to can catch up without facing any fines under an IRS amnesty program called the Streamlined Procedure. Under the program, expats can still claim IRS income tax exemptions in retrospect.