US Tax Filing in 2019 – Everything US Expats Need To Know 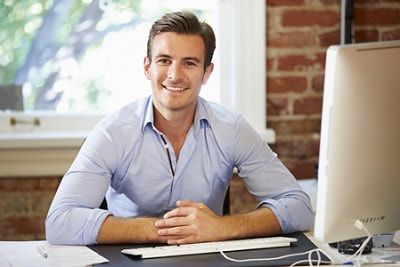 With 2019 US tax filing season here again, in this article we take a look at everything that US expats need to know, including requirements, deadlines, rules changes, and the new form 1040.

When can expats start filing?

All American citizens, along with green card holders, are required to file US taxes every year, reporting their worldwide income.

This doesn’t mean that expats shouldn’t start preparing beforehand though, gathering documentation for example. Expats in particular often have more preparation to do in this respect, as they may have foreign tax or income records, as well as foreign bank and investment account statements for their FBAR (Foreign Bank Account Report). Expats also need to count how many days they spent in the US last year.

To allow expats time for this, the IRS has provided expats with an automatic filing extension until June 15th, while if they still need more time, a further extension is available until October 15th on request.

Not all expats should claim the Foreign Tax Credit to mitigate for US taxes though – many expats may be better off claiming the Foreign Earned Income Exclusion, which allows expats who meet certain criteria to simply exclude the first around $100,000 of their earned income from US income taxes.

“Taxpayers will notice that their Form 1040 has undergone a makeover. For starters, the paper copy will be shrunken down so that it’s ‘postcard-sized’ and you’ll have six schedules.” – CNBC

While expats have longer to file, they should still pay any US tax they may owe by April 15th though, to avoid paying interest.

In 2019, expats will be filing their first tax return including the changes made in the 2017 Tax Reform.

The most notable changes were the increase of the Standard Deduction, the end of the personal exemption, and a decrease in tax rates (along with changes in the tax brackets).

Expats who own a foreign registered corporation also have new taxes to pay, although many have already restructured to remain as efficient as possible going forward.

One of the most noticeable changes expats will experience in 2019 is that form 1040 has changed. It is now half the size, and while expats with the most simple circumstances will find the new form easier, many expats will have to spend time tracking down fields from the old form that have been moved onto new schedules.

What should expats who didn’t file last year do?

Expats who have missing tax years should take steps to catch up as soon as possible to avoid future headaches.

Expats who have just missed one previous year can simply file two tax returns ( for years 2017 and 2018) at the same time.

Expats who have missed more previous years meanwhile can catch up under an IRS amnesty program called the Streamlined Procedure.

We recommend that expats who have any questions or doubts regarding their US tax filing responsibilities should seek guidance from a US expat tax specialist at their earliest convenience.