When Expats Should Claim the Foreign Earned Income Exclusion 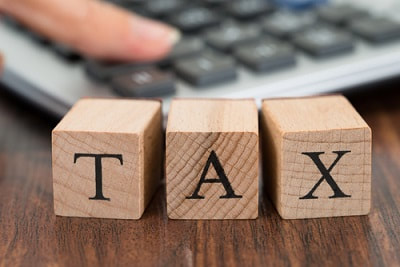 The US is the only developed nation in the world to tax based on citizenship rather than residence. As such, US citizens (or green card holders) are liable to pay US income tax on their worldwide income wherever in the world they live.

If you live abroad though, you will probably also be paying income tax on your foreign earned income to the government of your country of residence. The Foreign Earned Income Exclusion allows US expats to exclude around the first $100 thousand of their foreign earned income from US federal income tax so that they don’t pay tax on this income twice.

To claim the exclusion, you usually have to have lived abroad for at least 330 days or be a resident of a foreign country. Partial-year exclusions can also be claimed though if you’re an expat who’s recently moved to a foreign country, or if you’ve returned to the U.S. from abroad mid-year. If you haven’t lived abroad for a whole year by June 15th, the filing date for US expats, you can request an extension to October 15th to file, giving you more time to complete a year abroad and so claim the exclusion.

The exclusion can only be applied to active, rather than passive, income. Passive income includes interest, investments, dividends, and rental income. Active income from both employment and self-employment is valid.

To claim the Foreign Earned Income Exclusion, you have to live outside the US. You must prove this in one of two ways:

– The Bona Fide Residence test requires you to prove that you live in a foreign country by merit of paying taxes there, having official residence status there, or having a permanent home there.

– The Physical Presence test requires you to prove that you have been present outside the US for a minimum of 330 days in a twelve month period. This would be more appropriate for people dividing their time between different countries, such as Digital Nomads.

When to claim it?

To claim the exclusion, you usually have to have lived abroad for at least 330 days or be a resident of a foreign country.

There are in fact two ways of avoiding paying US tax on your foreign earned income: the Foreign Earned Income Exclusion, and the Foreign Tax Credit. The Foreign Tax Credit allows you to claim a one dollar tax credit for every dollar of tax you’ve already paid to another country. So which should you elect to use?

If you are dividing your time between different foreign countries, so that you aren’t resident and paying tax in any of them, you wouldn’t be able to claim the Foreign Tax Credit, so you should definitely claim the Foreign Earned Income Exclusion.

There are several scenarios where it would be preferable to claim just the Foreign Tax Credit though:

– If you pay a higher rate of tax in your country of residence. As you can claim a dollar of credit for every dollar of tax that you pay abroad, claiming the Foreign Tax Credit will give you more credits than the US tax that you owe. The excess credits can be carried forward for future use.

– If you wish to participate in an individual retirement arrangement (IRA).

– If you qualify for certain family-related tax breaks based on non-excluded income.

– If you earn a fair bit more than the Foreign Earned Income Exclusion limit and you pay a similar tax rate to the US rate in your country of residence, it may also be advantageous to solely claim the Foreign Tax Credit. (This is because if you claim both, the amount of Foreign Tax Credits you can claim on the income tax you’ve paid to your country of residence are reduced by the same proportion that the Foreign Earned Income Exclusion limit is of your total income, which may leave you owing more to the IRS).

How to claim it?

It’s worth noting that once you’ve claimed the Foreign Earned Income Exclusion, the IRS assumes that you are continuing to claim it until you let them know otherwise. Once you renounce it again, you can’t claim it again for five years.

If you live overseas but haven’t been filing US taxes, we strongly recommend that you consider catching up by using the Streamlined Procedure Amnesty program before the IRS comes to you.