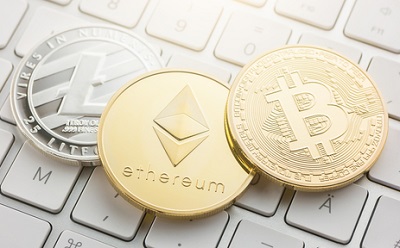 Many expats were early adopters of cryptocurrencies such as Bitcoin, and as all American citizens, including expats, have to file a US tax return every year, how to report Cryptos is a pertinent question for many Americans living abroad.

In 2021 in particular, cryptos have frequently featured in the news due to dramatic value changes. With many central banks considering introducing state-endorsed cryptocurrencies to better control and regulate a new financial frontier, how the IRS treats cryptos for tax purposes is still evolving, too.

What is a cryptocurrency?

A crypto or virtual currency is an online token (‘coin’) that can be exchanged for services or goods, although many people buy them simply as an investment.

Bitcoin was the first cryptocurrency. It was invented in the wake of the 2008 financial crisis to be an unregulated, secure currency, as part of a reaction against the perceived incompetence of governments and instability of private banks. In fact, it’s value has fluctuated wildly ever since.

It’s security is backed instead by blockchain technology, which is an encrypted (hence ‘crypto’) public ledger of all transactions in the currency, held on many computers around the world .

There are now many cryptocurrencies besides Bitcoin, such as Ethereum, Ripple, Cardano, and Dogecoin.

Cryptocurrencies are held in wallets, either in a virtual exchange account, in the cloud, or in a personal PC, cellphone, or storage device.

How does the IRS treat Cryptocurrencies?

In 2014, the IRS classified cryptocurrencies as property rather than currency, however this classification, as well as other crypto reporting requirements, is evolving.

Should you report cryptocurrencies on your US tax return?

There are several scenarios in which Americans should report cryptocurrencies on their US tax return.

For the first time on tax year 2020 Form 1040, the IRS moved a question about cryptocurrency to a prominent position on page one: “At any time during 2020, did you receive, sell, send, exchange, or otherwise acquire any financial interest in any virtual currency?”

Part of the difficulty when it comes to reporting Bitcoin or other cryptocurrencies is that they can be used or held in different ways:

If you’re paid in cryptocurrency for services you’ve performed, the value of the cryptocurrency should be reported in US dollars as you would any other income on Form 1040, wherever in the world you live or carried out the work.

Expats should note that income received in cryptocurrencies can be excluded from US tax by claiming the Foreign Earned Income Exclusion, similarly to any other income.

As a capital gain

Bitcoins or any other virtual coin that are sold or exchanged after having risen in value are considered to have accrued a capital gain, so they may need reporting, depending on the total capital gain the individual realized overall in that tax year.

This is also true if you use cryptocurrency to buy something after your virtual coins have increased in value since you acquired them. You can report these transactions on Form 8949.

Cryptocurrencies that were transferred as a gift may need to be reported on Form 709, if gifts of a total value of over $15,000 were gifted to the same individual in the tax year.

Do you have to report cryptos in FBARs?

An FBAR is a Foreign Bank Account Report, a filing requirement for Americans who have a total of over $10,000 in foreign bank and investment accounts at any time during a year.

While previously the IRS didn’t require Cryptocurrency accounts to be included in FBAR reporting, it recently indicated that, starting in tax year 2021, they will be.

What about reporting cryptocurrencies under FATCA rules?

Similarly, once crypto accounts are treated as reportable, they will also count towards FATCA reporting on Form 8938.

What about exchanging one cryptocurrency for another?

There is no reporting requirement if you use one type of cryptocurrency to purchase another type, until you either buy something else, gift them, or revert them to normal currency.

The requirements relating to reporting cryptos can seem complex, so be sure that you report your Bitcoin and other cryptocurrency holdings correctly as an American living abroad, always seeking advice from an expat tax specialist.

If you’re behind with your US tax filing, you may qualify for an amnesty program, so again, if in doubt, seek advice from an expat specialist tax professional.