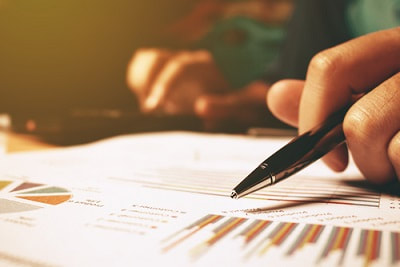 The IRS has declared filing three years back taxes is adequate for most US expat tax filers who are delinquent and there shall be no penalties for late FBARs (Foreign Bank Account Reports) from those who were unaware of the requirement to file.

This brings a clarity and welcome relief to many American expatriates who in the past may have been reluctant to file US income taxes because there was no assurance that they would not be further harassed (or assessed exorbitant penalties and fees) because they simply didn’t know – or they didn’t trust the potential outcome if they did attempt to come forward and become compliant with US tax laws.

The online tax accounting firm, Bright!Tax, which exclusively serves Americans living abroad, had originally interpreted the three year rule as the best option for its clients and that opinion is now fully endorsed by the IRS itself. The IRS has clarified that, for Americans living overseas who are delinquent in filing their US income taxes, filing three years back taxes will bring the vast majority (those who owed less than $1500 per year) into full compliance with new IRS rules. (This is confirmed on the IRS website).

Additionally, the IRS goes on to state that for those who need to file FBARs (Foreign Bank Account Reports), filing 6 years is sufficient and that that late filers who were not aware of the requirement will not be penalized for making quiet disclosures in this manner.

This is a welcome development in what was previously a very grey area for US expat tax filers – many of whom wished to be compliant, but had no clear guidance from the IRS itself. Many professional US tax preparers advised US expat clients to file either 6 years back taxes or just 1 year based on their own best interpretation of IRS rules.

IRS Commissioner Doug Shulman said: “Today we are announcing a series of common-sense steps to help U.S. citizens abroad get current with their tax obligations and resolve pension issues. The IRS is aware that some US taxpayers living abroad have failed to timely file U.S. federal income tax returns or Reports of Foreign Bank and Financial Accounts (FBARs). Some of these taxpayers have recently become aware of their filing obligations and now seek to come into compliance with the law. This procedure will go into effect on Sept. 1, 2012.”

The statement by Commissioner Shulman acknowledges that those Americans who were non-compliant because they were simply not aware of their US tax obligations, and who owe little or no back taxes, will not be subjected to undue scrutiny or ruinous FBAR (Foreign Bank Account Reporting) penalties.

The executive director of American Citizens Abroad, Marylouise Serrato , said in a statement, “This is an important step forward and we commend the IRS and Commissioner Shulman for working to address the issue. However, ACA believes that IRS regulations should be further eased. In particular, the threshold below which penalties are waived for back taxes owed should be raised from the current low $1,500, and more discretion should be applied in cases of non-compliance by Americans living abroad.”

All of this is welcome news and goes a long way to convince Americans living abroad who may have been on the fence and feared the worst to catch up with their US tax filing obligations. Now there is a clear and reliable path forward, endorsed and clarified by the IRS itself, for American expatriates to bring themselves up to date without the worry of opening a Pandora’s box of unexpected outcomes or results.