Tax Implications and Planning Considerations for US Expats Retiring Abroad 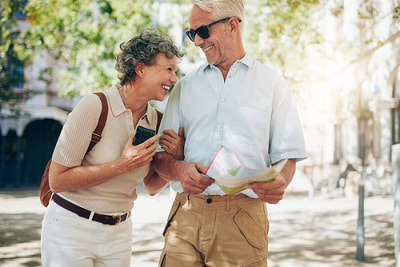 Retiring abroad is more popular that ever, as Americans aim to maximize the healthcare and quality of life benefits available from their retirement income. A better climate and a sense of adventure are also factors leading many Americans to become late life expats.

US tax rules and filing requirements are the same for Americans living abroad as for those who live in the US, so retirement abroad can mean …

… filing two tax returns, one to the IRS, as well as one in an expat’s host country tax return (depending on the rules in that country).

Even if expats don’t owe any US taxes, if overall they have north of $10,000 of income, or just $400 of self employment income, they are still required to file a US federal tax return reporting their worldwide income.

Expats have an automatic extension until June 15th to file, with a further extension available until October 15th upon request. This gives expats who file foreign taxes extra time to reconcile the two returns, if necessary.

In this article we look at a range of tax planning implications and considerations for US expats thinking about retiring abroad.

Social security payments can be sent anywhere in the world, either by cheque or by bank transfer directly to a foreign bank account. They can also still be paid into a US account even if the recipient is living abroad.

Up to 85% of Social security payments can be considered taxable income by the IRS, depending on whether retired Americans have other income streams too. The details can be found here. Expats who live in Canada, Egypt, Germany, India, Ireland, Israel, Italy, Japan, Romania, Switzerland and the UK however are protected from paying US income tax on social security payments, if they claim the relevant provisions in the tax treaties that the US has with those countries when they file their annual federal return.

US and foreign pensions

Payments from US pensions such as IRAs and 401 (k) plans are normally considered taxable income in the US, and they may be in the country where expats are living, too, depending on the tax rules there.

Foreign pensions meanwhile are normally not considered taxable in the country where they are sourced, but they are by the US.

Income from other sources

Other income sources such as rents, dividends, and earned income including consulting and freelancing are considered taxable income by the US, and may be taxable in the host country too (again depending on the tax rules there).

While the tax treaties that the US has with other countries won’t prevent expats from having to file US taxes, expats who pay foreign income tax can claim the US Foreign Tax Credit, which gives them a $1 US tax credit for every dollar of tax paid abroad. If they pay income tax abroad at a lower rate than the US rate, they will then just have to pay a little extra tax to the IRS to make up the US rate, but they will never have to pay more in total than the higher of the two rates.

Americans retiring abroad who still have any earned income perhaps from occasional freelancing or consulting work meanwhile can claim the Foreign Earned Income Exclusion to avoid having to pay US tax on up to around $100,000 of earned income.

Researching the foreign tax rules in possible destination countries should be an essential part of planning retirement abroad.

Some countries tax residents on their worldwide income, while others just tax them on income sourced in that country. If the former, high income tax rates could have a significant impact on American retirees’ finances.

Some Americans retiring abroad may have to continue paying state taxes if they retain ties to their state such as owning property or having investments or income there, or if they intend to return to live there in the future. Different states have different rules, so it’s worth researching these.

Americans considering retiring abroad should also research the tax implications of owning or renting property in their destination country. For example, owning property may mean paying a property tax or a wealth tax, and because it’s often hard to obtain a local mortgage as a foreigner, owning property may also tie up a proportion of their wealth that could be more beneficially invested elsewhere. As such, renting a home may be a better option.

Filing US taxes from abroad can be complex. As well as filing potentially having to claim tax treaty provisions and credits against foreign taxes, expats may also have to report their foreign bank accounts and investments. As such, we recommend that Americans considering retiring abroad should consult an expat tax expert to ensure that they fully understand the impact on their finances living abroad from a tax perspective.