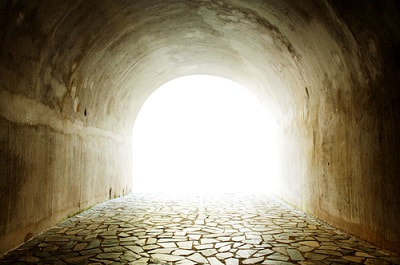 US expat taxation and FBAR

The US is the only developed nation that taxes based on citizenship rather than residence. This means that US citizens (and green card holders) who earn over $10,000 (or just $400 of self-employment income) are still liable to pay US taxes if they live abroad, including on any foreign earned income.

While there are several exemptions available for Americans living abroad, notably the Foreign Earned Income Exclusion, and the Foreign Tax Credit (the latter available for those who are paying tax in another country), US taxpayers living abroad that meet the minimum income thresholds are still obliged to file a US federal income tax return to declare their worldwide income and claim any exemptions.

Furthermore, Americans expats with foreign financial accounts (including bank accounts) with a minimum aggregate (combined total) balance of $10,000 at any time during the tax year are also required to file an FBAR (Foreign Bank Account Report, or FinCEN form 114). Expats with foreign assets have to file additional forms too, if certain requirements are met.

Many expats aren’t aware of their US filing requirements though, perhaps assuming that not living or earning in the US means they don’t have to file. Others assume that if they don’t file the IRS either won’t know or doesn’t care. Unfortunately all these assumptions are mistaken.

“If the IRS has initiated a civil examination of taxpayer’s returns for any taxable year, regardless of whether the examination relates to undisclosed foreign financial assets, the taxpayer will not be eligible to use the streamlined procedures.” – The IRS

To date around 200,000 foreign financial institutions (including banks) are complying. This information, alongside tax information provided by foreign governments, gives the IRS a clear picture of most US expats’ financial circumstances that it can compare with their tax returns (or the absence of them). The penalties for not filing or incorrect or complete filing meanwhile, especially with regard to reporting foreign bank accounts, are stringent.

Streamlined Procedure to the rescue

The IRS realized though that stringent penalties weren’t motivating very many expats to become compliant, so in 2014 they introduced the new Streamlined Procedure program to offer a penalty-free path to compliance for Americans living abroad who should be filing but aren’t. A carrot as opposed to a stick, if you will.

To claim the Streamlined Procedure, expats have to file their last three returns (and pay any taxes due), along with their last six FBARs, and they must also certify that their previous non-compliance was non-wilful.

If they also claim any applicable exemptions such as the Foreign Earned Income Exclusion, most Americans living abroad won’t end up owing the IRS any taxes, but they still have to file to be compliant, and having filed they will also have the peace of mind of knowing that they are not going to be contacted by the IRS at any point for an explanation of why they aren’t filing – at which stage they are more likely to face penalties, without the option of a penalty-free route to compliance. The Streamlined Procedure therefore remains a great opportunity to get on the right side of the law without facing penalties for prior non-compliance.

Countless American expats are not currently compliant with their US filing obligations. Given that the IRS is probably already aware of them from foreign bank and tax data, we strongly recommend that if you’re one of them, you look into becoming compliant using the Streamlined Procedure at your earliest convenience.