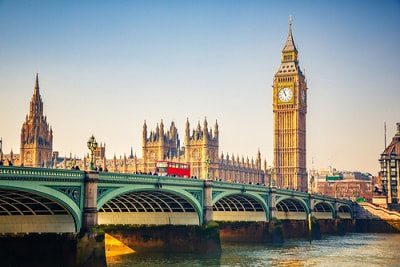 The UK is one of the top destinations for Americans living abroad. With a common language, an interesting history and culture, and booming financial, tech and creative industries, there’s a lot for Americans to love about living in the UK.

With the US dollar currently strong, it’s a good time to move to the UK, so read on to find out what you need to know about filing your US expat tax return as an American expatriate living in the UK.

All US citizens and green card holders living abroad are required to file a US federal tax return every year reporting their worldwide income. So if you’re American and you live in the UK, whether you work for a British or an American company, or if you’re self-employed, you still have to file a US return declaring your worldwide income. In theory, you’re liable to pay US taxes on it too, however in practice most people don’t end up paying US tax as they claim either the Foreign Earned Income Exclusion (which excludes up to around $100,000 of foreign earned income from US tax liability), and/or the Foreign Tax Credit, which allows you to claim a dollar tax credit for every US dollar equivalent of tax paid in another country. While which you claim will depend on your personal circumstances, both need to be actively claimed by filing the relevant form when you file your federal return.

While any tax you may owe to the IRS still has to be paid by April 15th, expats get a filing extension until June 15th, with a further extension available upon request until October 15th. The reason for this extra time to file is that there’s often more to file when you’re an expatriate.

“It’s true that most expatriate Americans end up with no U.S. taxes to pay on their worldwide income, because they can exclude some income and offset host country taxes against what remains. Yet all must file.” – Bloomberg

American expatriates have to declare any overseas assets worth over $200,000 per person (excluding property and other tangible assets like cars and jewelry) using form 8938. If you have an aggregate total of over $10,000 in one or split between several foreign bank or investment accounts at any time during a tax year meanwhile, you are required to file an FBAR (foreign bank account report) declaring the account details and balances. This includes accounts you have any kind of control over, such as a company bank account, or a joint account. If you have been living in the UK for a while but weren’t aware of your US filing requirements, don’t worry though, as there’s an IRS amnesty program that lets you catch up on your filing without paying penalties (which can be steep if the IRS finds you first) called the Streamlined Procedure.

What about British Taxes?

The British tax year runs from April 6th to April 5th. British tax returns should be filed to HMRC (Her Majesty’s Revenue and Customs) online by January 31st of the the year following the end of the tax year. You can find information about British income tax rates, which are generally higher than in the US, here.

Expat tax requirements are more complex compared with Americans living in the US, and they also potentially have to be filed as well as a British tax return. We recommend that for your US expatriate taxes you consult an expat tax specialist who will ensure that you employ the right strategies and claim the right exemptions to minimize your US tax liability with respect to your individual situation.