Do American Expats Have to Pay Tax on Foreign Income? 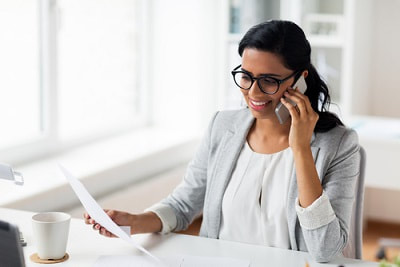 Around 9 million Americans live abroad. Many have military, diplomatic, or humanitarian roles, or are retired, but the majority are simply living and working overseas.

Some have settled abroad permanently, others are on a temporary assignment overseas, however all US expats working expats need to know whether they are required to pay US tax on their foreign income, potentially as well as foreign taxes, depending on the tax rules in the country where they reside.

The US has an unusual citizenship based taxation system, which stipulates that all US citizens are required to file US taxes, reporting their worldwide income, wherever in the world they live.

So on the face of it, Americans expats do pay income tax on their foreign income.

However, to prevent expats potentially having to pay income tax twice on the same income, both to the IRS and in the country where they live, the IRS has introduced some exemptions that can be claimed by US expats when they file to reduce or in most cases eliminate their US tax liability.

The best known of these exemptions is the Foreign Earned Income Exclusion.

The Foreign Earned Income Exclusion allows expats to exclude the first around $100,000 (the exact figure rises a little each year due to inflation) of their foreign earnings from US taxation.

To claim the Foreign Earned Income Exclusion, expats must file form 2555 with their federal tax return. On form 2555 expats must also demonstrate that they live abroad either by providing evidence of permanent residence in another country (such as foreign tax records and utility bills), or by proving that they spent at least 330 days outside the US in a 365 day period that overlaps with the tax year.

Expats who pay foreign income taxes at higher rates than US rates will often benefit from claiming the Foreign Tax Credit instead though, which allows them to claim a $1 US tax credit for every dollar equivalent of income tax that they’ve already paid abroad.

To claim the Foreign tax Credit, expats must file form 1116 with their annual tax return.

In all cases though, expats must file a US tax return to claim the exclusions that allow them to reduce or eliminate their US tax liability.

“Some 8.7m Americans live outside the US, excluding military personnel, according to the Association of Americans Resident Overseas.”
– FT.com

Expats that don’t file and claim any exemptions are still considered by the IRS to owe US tax on their foreign income, even if they’ve already paid foreign taxes on the same income abroad.

Whether expats pay US social security taxes depends on their circumstances.

This often depends on whether they’re living in one of the 26 countries that the US currently has a Totalization Agreement with.

Further US reporting requirements for expats

Expats may also have to report their foreign financial accounts (including most types of bank and investment accounts) each year, if the total of all the balances of qualifying accounts exceeds $10,000 at any time during the year, by filing a Foreign Bank Account Report, or FBAR.

Expats with over $200,000 of foreign non-tangible assets (such as investments and businesses, but not including a home or car) may also have to report them on a separate form, form 8938.

Expats also have to report any foreign businesses they own or trusts they benefit from or are involves with the same as if they were living in the US.

Expats who are behind with their US tax filing can avoid paying penalties, back taxes and interest by catching up before the IRS contacts them (and the IRS knows who should be filing, as it receives expats’ foreign tax and bank account information direction from foreign governments and banks).

Expats who are just a year or two behind can simply back file their missing tax returns and/or FBARs. Expats who are three or more years behind meanwhile can catch up under an IRS amnesty program called the Streamlined Procedure.