Do Expats Pay US Taxes? 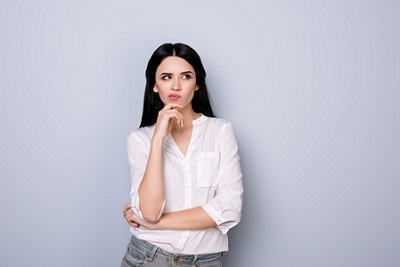 The question is simple, the answer less so. As so often with tax questions, the devil is in the detail.

The US introduced a citizenship based tax system during the Civil War, and it’s never been repealed. This means that the US taxes based on citizenship, so all US citizens have to pay US taxes on their global income. Most other countries only either tax people living in the country (residents), or income arising in the country. The reason the US originally introduced the citizenship system was to retain federal tax revenue as landowners moved abroad to avoid the war. The reason it was never repealed was because it wasn’t enforceable, in the sense that the IRS had no way of knowing what US expats’ non-US income was. This has changed in the digital age however, as the IRS can now access foreign tax information, as well as US expats’ foreign bank and investment account details.

So all US citizens, including expats, are required to file US taxes on their global income.

As expats often have to file taxes in their country of residence too, the IRS has introduced provisions that expats can claim when they file to ensure that they never pay more tax than the higher of the two countries’ income tax rates, and these often allow US expats to reduce their US tax bill to zero, even if they aren’t filing foreign taxes (such as Digital Nomads, who travel from country to country working remotely without qualifying as a tax resident in any other country).

Expats who live and earn in a foreign country that has a higher income tax rate than the US rate can eradicate their US tax bill this way.

“Contrary to popular belief among expats, the obligation to file U.S. taxes does not end when you take up residence in a new country.” – Money

Each of the above provisions has small print though, so the Foreign Earned Income Exclusion requires expats to demonstrate that they live abroad in one of two IRS-prescribed ways, and it can only be applied to earned income (i.e. not dividends, pensions, and rents). The Foreign Tax Credit meanwhile can only be claimed on foreign sourced income. (Expats can often claim tax credits in their country of residence to avoid double taxation on their US sourced income, if it can’t be excluded using the Foreign Earned Income Exclusion). But the underlying principle is that expats can normally avoid paying US taxes, but to do so they have to file a US tax return and claim the best IRS provision based on their circumstances.

While the US has signed tax treaties with nearly 70 other countries, they don’t prevent expats from having to file. Instead they define where income is taxes first, and confirm that tax credits can be claimed to prevent double taxation (for both personal and corporation taxes).

Some expats may benefit from a tax treaty though, most often students, teachers, researchers, and retired folks, depending on each tax treaty. If so, they should specify the provision they are claiming on IRS Form 8833 when they file.

Because the US tax system is applied to US citizens globally, expats who are self-employed or who work for a US firm abroad are required to pay US social security taxes. Social security taxes aren’t covered by the IRS provisions mentioned above though. Instead the US has double social security taxation treaties with 26 other countries, specifying which country expats should pay to. Expats who don’t live in one of these countries may benefit from restructuring their employment status.

Expats should always seek advice from a US expats tax specialist to remain not just compliant but to ensure they file in as tax efficient a manner as possible.

Expats also have to report their foreign bank and investment accounts by filing a Foreign Bank Account Report (FBAR). Expats who are behind with their US tax and FBAR filing can catch up without facing penalties under an IRS amnesty program called the Streamlined Procedure, so long as they do so voluntarily (i.e. before the IRS contacts them). If they wait until the IRS contacts them on the other hand, they won’t be able to claim the IRS provisions that let them reduce their US tax bill retrospectively, meaning that they will face a US back taxes bill going back for as long  as they haven’t been filing.