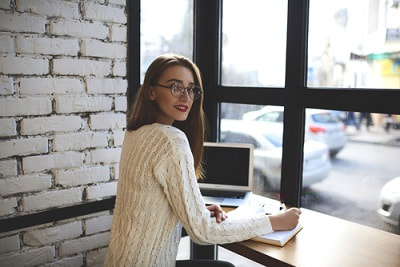 One – Know your responsibilities and filing dates

If you’re a US citizen or green card holder earning over $10,000 a year (or $400 from self-employment), even if you’re living abroad, you have to declare your worldwide income, savings, and assets and you might need to pay taxes to Uncle Sam. Any tax due must be paid by April 15th, just like in the US, however the filing date for expats is two months later, on June 15th.

Furthermore, alongside your return, and if you meet a certain dollar threshold (about $10,000 at any time during the year in total in accounts outside the States), you must also submit FinCEN Form 114 (also known as a Foreign Bank Account Report or FBAR), declaring any overseas bank accounts. If you have overseas assets with a total value of over $200,000 meanwhile you must declare them on form 8938 as decreed by FATCA (the Foreign Account Tax Compliance Act).

The Foreign Earned Income Exclusion (FEIE) allows you to exclude around $100,000 of foreign income from US tax. If you meet the criteria, the exclusion can be claimed on Form 2555, filed with your return. If you are married to a US citizen or green card holder who also has foreign income, you can both claim up to the full amount. (If your spouse is not a US person, see tip 3).

Three – If you’re married to a foreigner, file separately

If you’re spouse isn’t a US citizen or green card holder, elect to file as ‘married filing separately’ so that he or she won’t have to declare their income or pay taxes to the IRS. Also, some taxpayers with US citizen dependent children can file as ‘head of household’. This sometimes makes dependents eligible for a refund, even without having earned any US sourced income.

You are eligible to claim housing expenses including rent, utility bills, insurance, and parking as tax deductible, normally up to the value of 30% of the Foreign Earned Income Exclusion (see tip 2 for details), depending where you live. Some places are recognized as being more expensive, and higher housing expenses can be claimed.

If you earn more than the maximum Foreign Earned Income Exclusion allowance, you can claim as a credit against your US liability a dollar for every dollar of income tax you’ve paid to the government in your country of residence. Either combined with or claimed instead of the FEIE this takes most expats out of all US tax liability.

Five and a Half – Contact a Specialist Expat Tax Preparation Firm

This will potentially save you time, stress, and money for a relatively small outlay. Specialist expat tax preparation firms know the ins and outs of expat taxes like the backs of their hands, and make seemingly complex situations such as catching up on missed years simple and straight forward.