How Can American Expats Reduce their IRS Taxes? 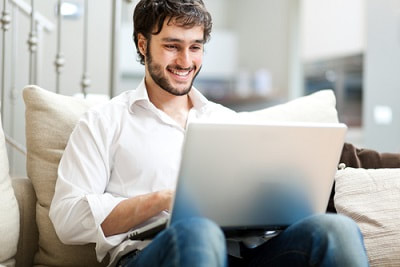 Americans living abroad are still required to file US taxes. The US is the only country that requires its expats to file. It is because the US taxes based on citizenship rather than on residence.

This leaves the millions of Americans who work abroad at risk of double taxation, paying taxes in both the country where they live, and to the US, on the same income, as the US requires all its citizens to file and pay US taxes on their worldwide income.

There are however a number of ways that US expats can legally reduce their IRS tax liability, in many cases to zero.

The Foreign Earned Income Exclusion allows American expats who can prove that they live abroad in one of two ways to exclude the first around $100,000 (the exact figure rises a little every year) of their income from US tax.

Expats can prove that they live abroad either using the Bona Fide Residence Test, which requires them to provide proof of permanent residence in another country, or the Physical Presence Test, which requires them to prove that they spent at least 330 days outside the US in the tax year. The Physical Presence Test is useful for Digital Nomads who may be living abroad but traveling between countries, among others.

Expats can claim the Foreign Earned Income Exclusion by filing form 2555 when they file their federal return.

Expats who earn over around $100,000 and rent their accommodation abroad can exclude a proportion of the value of their housing expenses from US tax by claiming the Foreign Housing Exclusion alongside the Foreign Earned Income Exclusion, also using form 2555.

The Foreign Tax Credit gives a $1 US tax credit for every dollar of tax already paid abroad. For expats living and paying taxes abroad at a higher rate than the US tax rate, this allows them to eliminate their US tax liability without claiming the Foreign Earned Income Exclusion, while also (if they’ve paid more tax abroad) getting excess US tax credits they can save for the future.

“Tax-rule changes in the U.S. impact Americans living outside the country because the U.S. has an unusual “extraterritorial” tax system.”
– CNBC

The Foreign Tax Credit is claimed by attaching form 1116 to your federal return.

Which is most beneficial depends on the expats circumstances (more on this in the ‘Strategy’ section, below).

Use your foreign spouse

This can work in one of two ways. Firstly, if you’re earning a little over the Foreign Earned Income Exclusion but either paying no foreign tax, or less foreign tax than you owe the the IRS (so the Foreign Tax Credit isn’t beneficial), and you own your home (so the Foreign Housing Exclusion can’t be claimed), if your foreign spouse earns less than $100,000, if you bring them into the US tax system and file jointly, you double your standard deduction and get a further personal exemption for spouse.

Conversely, if your spouse earns more than $100,000, it’s normally beneficial to leave them outside the US tax system, instead checking ‘married filing separately’ on your return.

The Streamlined Procedure is an IRS amnesty program that allows expats who are behind in their tax or FBAR (foreign bank account reporting) filing to catch up without facing penalties. For expats who weren’t previously aware that they have to file US taxes from overseas, the Streamlined Procedure is a great opportunity to become tax compliant without paying any fines, and so save them potentially a small (or large) fortune.

This is the nuclear option, and shouldn’t be taken without full consideration of all the consequences, however for some people it can make sense

For example, if you have settled abroad permanently, are also a citizen of another country, and are a high earner who will always owe tax to the US on top of the taxes you pay in your country of residence, in the long terms the cost of renouncing ($2350) may be worthwhile in terms of future tax savings.

While there are many strategies available to expats to reduce their US taxes, half the battle is knowing which one (or ones) to apply. This depends on each expats particular circumstances – how much they earn, which country they live in, whether they’re living abroad temporarily or permanently, whether they’re married (and if so their spouse’s nationality and financial circumstances), among other things. This is where it normally the best tax saving strategy to consult an expert expat tax specialist, who by applying the right strategies given the expat’s circumstances will typically be able to save much more money than they cost.