Why You’re Not Filing Your US Income Taxes 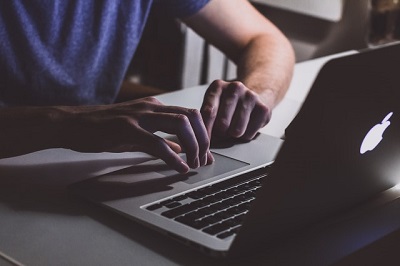 For most US expatriates living abroad, the thing furthest from our minds is US tax compliance. We are residents in a new home, with new friends and new possibilities. We’re fully absorbed in all things that are new – and it can be a formative and life changing experience.

When US expats think about their lives back in the States, it is often with a mixture of feelings. Some of us left to take advantage of or seek new opportunities. Some left to pursue a relationship. Others have a sense of adventure that cannot be sated until they ‘know’ – and only they will know when they’ve arrived at their destination …

And yet, during this personal and cultural – this life forming metamorphosis, there’s an element of Americana that remains with you and sorry, but will always remain with you – you must still file US income taxes. There. It is said. As a US citizen, you must still continue to file US tax returns.

Why is it that so many Americans living abroad are behind on their tax filing requirements? The reasons are varied and nuanced, but breaking it down and compiling all the various reasons into a few groups, it seems the answers fall into three main categories – ignorance, fear or rebellion.

– Ignorance means you did not know you had to file. That accounts for a large percentage of the people who are non-compliant. I remember when I first expatriated to another country I didn’t know. The whole premise seemed absurd at first. After all, if one is living and working in a foreign country, paying tax to that country and utilizing one’s share of that country’s social resources, it seems counter intuitive that we still need to ship dollars back home to the US government. For what?

– Fear – of having to cross the point of no return – of exposing oneself along with our tax related foibles to government authorities back in the States – this step into the unknown leads to procrastination and sometimes outright denial. Procrastination may be tied to perfectionism and the realization that a situation – our tax situation, seems beyond our control. Those in denial may pretend that maybe the problem will just go away or it’s easier not to think about it. These are primal emotions and can be very unnerving.

– Rebellion against the system plays a part in why some Americans refuse to file their US taxes. To them it is an affront to their liberties, their personal freedom, particularly because they no longer even live under the jurisdiction of the United States. They absolutely refuse to comply with the mandate to file their US taxes. Rebels are often not able to separate their feelings about the government from their legal obligation. It is after all the law that all American citizens are bound by.

What is the outcome for those American expatriates who either don’t know, procrastinate, or flat-out refuse to file their US income taxes? Eventually, nothing good. Ultimately, it all falls down. The reality is, one’s better off filing a return – any return that could just as well be written in Greek than not filing a return at all. Doing nothing is the worst thing because, sooner or later, the IRS will locate those who are non-compliant and assess them and open their lives to be read like a book – and it’s a story that can seem endless and quite painful.

This can all be alleviated though, and not with terrible difficulty. Just as the US now employs high tech methods for pinpointing non-compliant Americans abroad, there are any number of high tech resources available to get the help one needs. There are tax services online that specialize in US expatriate tax preparation and they’re expert at guiding you through the process of bringing yourself fully into compliance with the IRS. Whether for ignorance, fear or rebellion, the smart play is to get right with the US government and to do it soon. Choosing to make a bit of effort now, even if somewhat uncomfortable, will surely save a world of regret later.