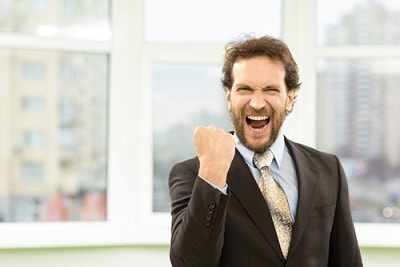 Big Data and an ever aggressive approach by the IRS toward ferreting out Americans living abroad who are not current with their US tax filing has, so far, not yielded the results that the US government hoped for. With a tax system that is based largely upon voluntary compliance, the United States wields a big stick, and yet they realize that in reality, a carrot may yield a much better result. The big stick in this circumstance is FATCA, the Foreign Asset Tax Compliance Act, which so far has signed on 77 thousand banks worldwide and 70 countries to report to the US where Americans reside and what accounts they hold. The carrot, on the other hand is the New Streamlined Procedure

Come See The Softer Side Of Having Your Own Streamlined Procedure!

New IRS Commissioner, John Koskinen, in a public announcement has stated, “We’re expanding the Streamlined Procedures to cover a much broader group of US taxpayers we believe are out there who have failed to disclose their foreign accounts but who were not willfully evading their tax obligations. To encourage these taxpayers to come forward, we’re expanding the eligibility criteria, eliminating a cap on the amount of tax owed to qualify for the program, and doing away with a questionnaire that applicants were required to complete.”

The New Streamlined Procedure requires that Americans file only 3 years back taxes and 6 years’ worth of FBAR (Foreign Bank Account Reports).

In addition the New Streamlined Procedure –

The IRS has had a program in place for American expats who were late filers for some time. In 2012, the IRS introduced the original Streamlined Procedure and even though it offered a way forward for many Americans who were behind on their US tax filing, many others remained skeptical and unconvinced that this was a safe opportunity with no potential for penalties and further reprisals from the IRS. Many Americans feared opening a Pandora’s box of unintended consequences that might result by placing themselves voluntarily on the slab for the IRS to examine. Many Americans chose to stay off the IRS’s radar and to do – nothing.

Bring Out The New Streamlined Procedure

Expanding on his comments, Koskinen went on to say, “This opens a new pathway for people to come into tax compliance. The new version of our Streamlined Procedure reflects a carefully balanced approach. It provides a way for US taxpayers living abroad who didn’t know they were out of compliance to catch up on their US filing requirements without paying steep penalties. We have made important adjustments to provide opportunities for all US taxpayers to come in. A compliance regime that is too harsh won’t net the desired result. With the new Streamlined Procedure, there is no reason not to come into compliance.”