Is There an Overseas Tax Exemption for US Expats? 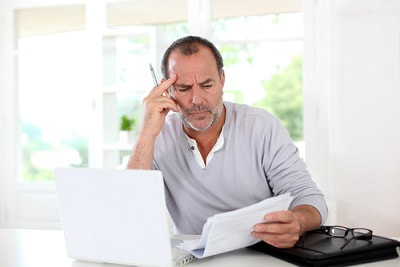 Many expats are surprised or even shocked when they discover that they have to file US taxes from abroad. They may be paying foreign taxes where they live already, and anyway no other country (except Eritrea) requires expats to continue filing if they move abroad.

While the US has tax treaties with over 100 other countries, with very few exceptions these treaties don’t prevent expats from having to file a US federal tax return, as many assume they would.

Thankfully however, the IRS has provided several overseas tax exemptions that expats can claim when they file that, in most cases, prevent them from having to pay any US taxes. Expats always have to file to claim them though.

The most commonly known and claimed overseas tax exemption for US expats is called the Foreign Earned Income Exclusion.

The Foreign Earned Income Exclusion allows expats to exclude the first around $100,000 (the exact figure rises a little each year in line with inflation) of their earned income from US taxation.

To claim the Foreign Earned Income Exclusion, expats must file form 2555 with their federal tax return.

“If you are a U.S. citizen or a resident alien of the United States and you live abroad, you are taxed on your worldwide income. However, you may qualify to exclude from income up to an amount of your foreign earnings that is adjusted annually for inflation.” – the IRS

Expats who earn over around $100,000 and who rent a home abroad can also use form 2555 to claim the Foreign Housing Exclusion, which allows them to further exclude the value of a proportion of their housing rental costs.

Is the Foreign Earned Income Exclusion the best overseas tax exemption for all expats?

The Foreign Tax Credit allows expats to claim a $1 US tax credit for every dollar equivalent of foreign income tax that they’ve paid abroad.

As many countries have higher income tax rates than the US, expats often pay more in foreign income tax than they owe to the US.

This means that if they claim the Foreign Tax Credit, they can claim more US tax credits than they owe in US taxes, giving them a surplus of US tax credits that they can carry forward and which may come in useful in the future, after they return to the US for example, or if they retire abroad perhaps.

To claim the Foreign Tax Credit, expats should file form 1116 with their federal tax return, and they must also provide evidence of the foreign taxes they’ve paid.

Many American expats hoped for relief from filing US taxes from abroad in the recent Tax Reform, however in the end it wasn’t to be.

Expats who have been living abroad for a while can catch up with their US tax filing though, still claiming overseas tax exemptions in retrospect and without facing any penalties, under an IRS amnesty program called the Streamlined Procedure.

The Streamlined Procedure requires expats to file their last three tax returns, their last six FBARs (required when an expat has control over foreign bank or investment accounts with total combined balances of over $10,000 at any time during a year), and self-certify that their previous non-compliance was non-willful.